Comedienne Amy Schumer Showed Off Her Rap Skills By Joining Mc Talib Kweli On Stage In Chicago On Tuesday (25aug15). 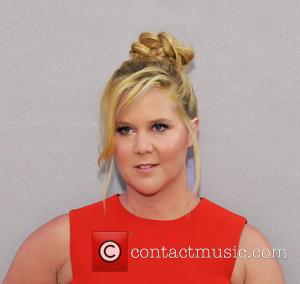 The Trainwreck actress and the hip-hop star teamed up for an unlikely collaboration as they co-headlined a show at the Constellation venue, along with Schumer's brother, who leads a jazz band.

During Kweli's set, he invited Schumer back to the stage to help him with the 2004 track Get Em High, his collaboration with Kanye West and Common.

In a video posted on Schumer's Instagram.com page, the star is seen taking on the track's female vocal part, originally performed by Sumeke Rainey, West's girlfriend at the time.

As she effortlessly rapped the lyrics, the crowd enthusiastically cheered Schumer for her impressive secret talent. Following her brief verse, she left the stage to let Kweli finish his set.