The 33 year old sketch show star will bring her controversial and irreverent style to the great and good of Hollywood in April next year.

Amy Schumer has announced that she will be hosting the 2015 MTV Movie Awards.

The edgy and risqué comedienne will front the ceremony live from the Nokia Theatre in Los Angeles on Sunday April 12th. 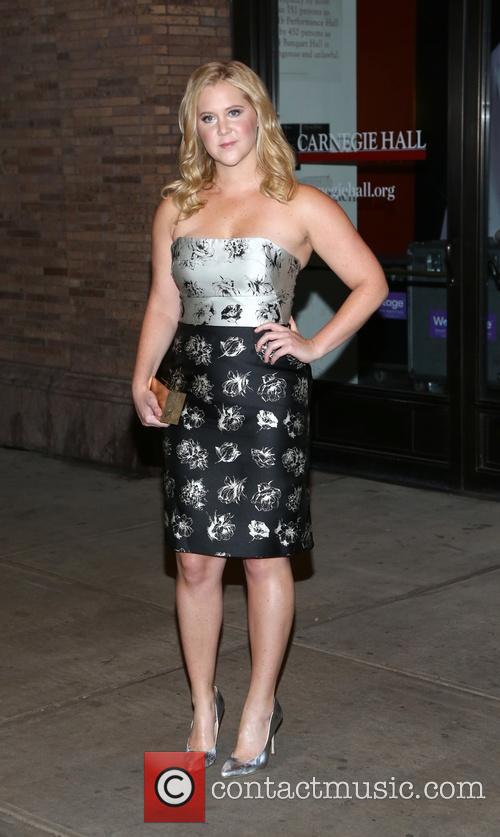 The Emmy-nominated comedienne will be fronting MTV's Movie Awards in April next year. Look out censors!

The 33 year old took to Twitter and other social media platforms to announce the news herself, and to express her delight at being selected. "I am honored to be hosting the awards. I will carry the audience with me like a teen mom #breaktheinternet #breakmywater."

Following Schumer’s announcement of the news, president of MTV Stephen Friedman added his thoughts: "Wickedly funny and sharply insightful, Amy Schumer is perhaps the most ascendant talent in comedy today and she’s on the brink of an epic year. We are thrilled to work with Amy to create an unpredictable and hilarious showcase for Hollywood’s biggest blockbusters and brightest stars in what promises to be the most combustible Movie Awards ever.”

Schumer rose to prominence in 2007 as a contestant on Last Comic Standing on NBC, a reality show in which aspiring comedians were pitted against each other in an American Idol-style competition. She finished fourth that year, but has gone on to have a pretty successful career.

More: Haim pose together at the 2014 Glamour Women of the Year Awards

In addition to her stand-up career, Schumer has had roles in popular TV sitcoms such as ’30 Rock’, ‘Curb Your Enthusiasm’ and ‘Girls’. In 2013, Comedy Central offered her the chance to produce her own sketch show, called ‘Inside Amy Schumer’, which has been green-lit for a third season. This year, it has been nominated for a clutch of awards, including a Primetime Emmy Award and the Critics’ Choice Television Award for Best Actress in a Comedy Series.