A member of the audience started yelling at Schumer during her 'Funny or Die' stand-up set on Sunday night, and got security to whisk the troublemaker away.

As if we needed any further reminding, Amy Schumer rules and you do not mess with her. The outspoken actress and comedienne reportedly ejected a heckler from one of her stand-up performances at the weekend.

Fresh from hosting ‘Saturday Night Live’ on NBC the night before, 34 year old Schumer was performing a brief comedy set in Irvine, California as part of the latest stop on Funny or Die’s Oddball Comedy Festival on Sunday night (October 11th). 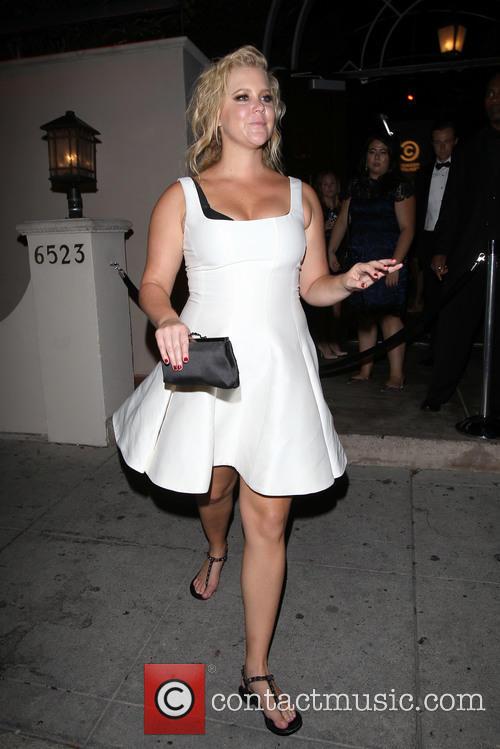 She briefly talked about her “dream come true” presenting the legendary show, in which she won applause for her monologues on the Kardashians and gun lobbyists, when a female member of the audience is said to have started shouting from her seat, according to People. This caused Schumer to briefly break off her train of thought to tell the heckler to be quiet.

More: Amy Schumer hosts ‘SNL’ for the first time – takes on the Kardashians and gun enthusiasts

However, the woman continued disrupting the performance, at which point Schumer turned to security in order to have the troublemaker and her friend escorted out of the room for the duration of her set. As the pair were being hauled out, the report added that the rest of the audience applauded.

The star, who celebrated the release of her first movie Trainwreck earlier this year, has previously expressed her thoughts on dealing with hecklers. “I should come up with something beforehand. It's more dangerous if I sort of fire off whatever comes into my head,” she said in a 2012 interview. “But I would always rather not have to deal with a heckler… like my friends will come to the show and they're like, ‘we're going to heckle you!’, and I'm like ‘you'll get thrown out!’”