VP Joe Biden To Make Cameo On Parks And Recreation 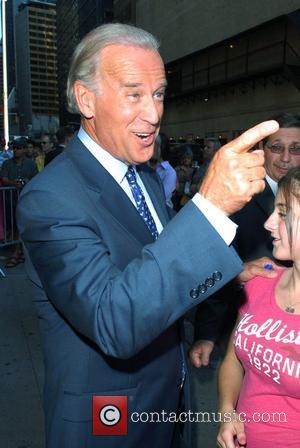 Picture: Senator Joe Biden outside Ed Sullivan Theatre for the 'Late Show With David Letterman'. He has officially filed as a candidate for the Democratic Party's...

The November 15, 2012 episode of Parks and Recreation will feature a very special guest, Entertainment Weekly has revealed! Vice President Joe Biden, who recently got re-elected for a second term in the White House is going to make an appearance in the comedy series.

Ben Wyatt (played by Adam Scott) takes his fiancée (and city councilwoman) Leslie Knope (played Amy Poehler) to the White House to meet Biden and it’s no secret that Knope has a crush on Joe Biden – she’s previously stated that her ideal man would have “the brains of George Clooney and the body of Joe Biden”).

When the show travelled to Washington DC to film the Season 5 debut, they managed to bag some time with the VP, in addition to the appearances from Barbara Boxer, Olympia Snow and John McCain. The executive producer of the show joked “[Leslie] has a lot of social figures that she considers heroes, but the funniest hero is Joe Biden. There’s an episode last season where she says, ‘Joe Biden is on my celebrity sex list — well, he is my celebrity sex list’… It was amazing to have her meet Olympia Snowe and Barbara Boxer because that meant something to her politically. But this transcends that. She’s meeting the man that she’s in love with on some deep level. It was a bigger deal to us in some ways that she meet Joe Biden than it was that she meet Barack Obama.”

Obama’s previously revealed that he’s a fan of Parks and Recreation – let’s hope the president isn’t feeling snubbed by being left out of all the fun. At least he’s got that whole ‘being re-elected as President of the USA’ stuff to keep him going, eh?