The former ‘SNL’ cast members were on hosting duty this time and they brought back a few familiar faces.

Tina Fey and Amy Poehler were back together on ‘Saturday Night Live’ this weekend, hosting the show’s annual festive episode. The Sisters' stars' return to the series had us all excited for weeks and these two definitely didn’t disappoint and what’s better is, they even brought back Hillary Clinton and Sarah Palin! 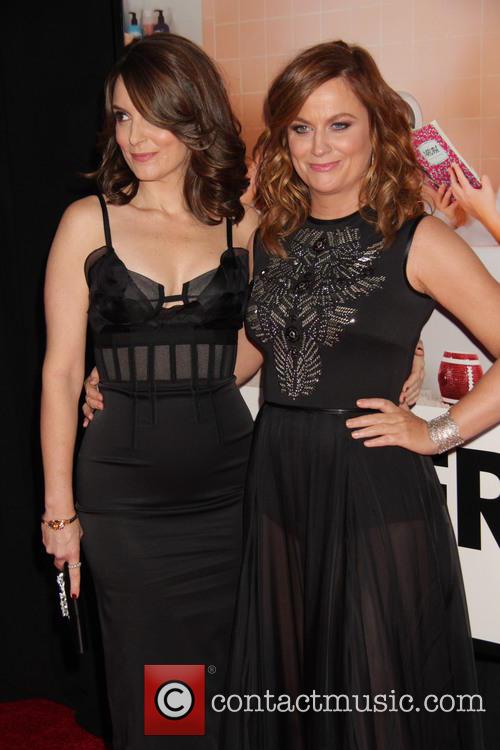 It felt like 2008 again during one sketch as the current Hillary Clinton (Kate McKinnon) had a dream in which she’s visited by her past self (played by Poehler). Past Hillary had plenty of advice for her current self as she prepares to try and make her White House dreams come true.

More: Fey And Poehler Were Destined To Play Sisters

Past Hillary warned her current self against getting too cocky during the race, saying: “I was cocky too, and then someone named Barack Obama stumbled out of a soup kitchen with a basketball and a cigarette and stole my life.” The pair were then joined by Sarah Palin (Tina Fey) who had managed to travel through time and space (again) to be there.

In another sketch the pair lampooned Taylor Swift’s ‘Bad Blood’ video and her squad, showing off their own list of who’s who, including their nannies and gynaecologist. The clip also featured an appearance from Amy Schumer and Gail King and the pair donned leather catsuits and walked through explosions.

Fey and Poehler can currently be seen together in Sisters, in which the play two very different siblings, who come together to throw one last party at their parents' house. The comedy was directed by Jason Moore and written by Paula Pell and also stars Maya Rudolph and Dianne Wiest.

Watch Tina Fey and Amy Poehler as Sarah Palin and Hillary Clinton below: