Amy Poehler was awarded the Best Actress in a Television Series (Comedy) award at the 2014 Golden Globe Awards for her role as Leslie Knope in Parks and Recreation this weekend. It was a thoroughly deserved recognition and one that Poehler, who also co-hosted the event with Tina Fey, was overwhelmed with. The win also earned her a congratulator smooch from U2 frontman Bono, an extra that Poehler's boyfriend didn't approve of. 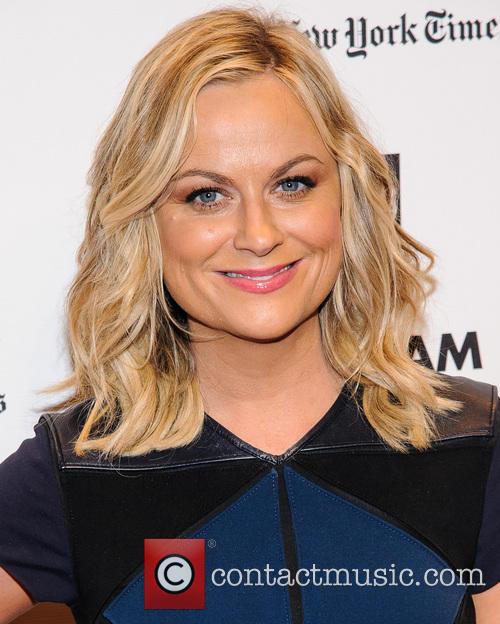 Poehler had a hectic night on Sunday, 12 Jan.

As Poehler got up to the stage to accept her award, she was congratulated by Bono, who has given a passionate kiss from Poehler, with the singer then receiving a light-hearted threat from Poehler's man Nick Kroll. He posted on his Twitter: "Hey Bono, watch your back," in an attempt to scare the singer into submission. So far, we don't think it worked.

Hey Bono, watch your back.

As for Amy, this was her first Golden Globe after two consecutive nominations in previous years. Overjoyed with her win, the comic said in her acceptance speech, "I think I'm zero for 13 in these awards shows. So I was very, very, very surprised to win and very excited."

The Golden Globes night was also Poehler's second year as co-host of the awards ceremony, alongside her friend and former Saturday Night Live co-star Tina Fey. Their second year together was warmly received by critics and viewers alike, making it two for two for the female comics.

Kroll and Poehler both feature on Parks and Recreation, with Kroll appearing in a recurring role as toilet-mouthed radio presenter The Douche. He currently stars in two Comedy Central shows, The League and his own vehicle The Kroll Show. Poehler was previously married to fellow comic Will Arnett, with whom she has two children. Poehler and Kroll have been together for about a year