Amy Adams To Marry At The Weekend - Report

Actress Amy Adams Is To Marry Her Fiance In Los Angeles Over The Weekend (02-03may15), According To A U.s. Report. 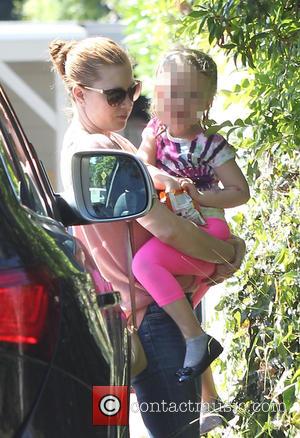 The American Hustle star has been engaged to actor Darren Le Gallo, the father of her four-year-old daughter Aviana, since 2008, and now a new report suggests the couple is finally set to tie the knot.

Adams and Le Gallo are said to be hosting an intimate ceremony for close friends and family at an undisclosed location in the Los Angeles area.

A source tells New York Post gossip column Page Six, "Amy and Darren are getting married this weekend in Los Angeles in a ceremony that will be intimate and very genuine. The guest list is being kept very small and she has kept the location very much under wraps. Amy and Darren had always planned on getting married, but her career has been on such an amazing trajectory, it has been hard for her to take the time out. But now she has deliberately taken some time off work to be with her family and finally get married."