Amy Adams Sings To Herself During Stressful Situations 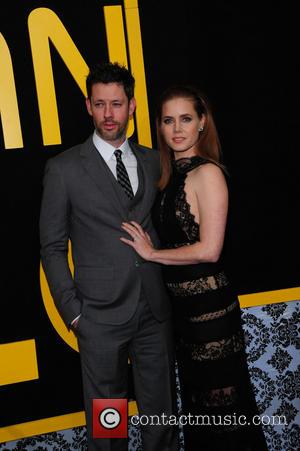 Actress Amy Adams uses music to help calm herself down during stressful situations.

The Man of Steel star explains she has used the technique of singing to soothe herself since she was young and even encouraged director David O. Russell to try her musical meditation on the set of their new movie, American Hustle.

She says, "I've always been sort of nervous and kind of a perfectionist and when I was younger, and it's continued, I kind of sing to myself. I try to do it away from people, on set that's not always possible.

"On American Hustle it was a really intense shoot, it was an intense set. So, I went into a corner... and I just started singing Dream A Little Dream (of Me) and (director) David. O. Russell said, 'What are you doing?' and I said, 'I'm calming myself down, I sing to myself to calm myself down.'

"He said, 'Does it work?' and I said, 'Yeah it does work,' and he said, 'What are you singing? Teach me.' So David O. Russell and I were sitting on set singing Dream a Little Dream (of Me) and after that anytime we would get stressed you would know because (we would start singing)."