Amy Adams says she is constantly being mistaken for Isla Fisher but doesn't view her fellow actresses as rivals. 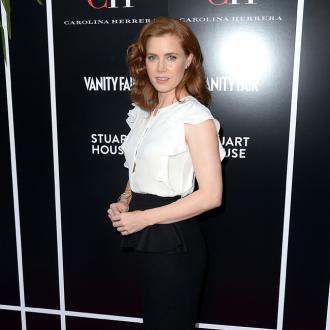 Amy Adams says she is constantly being mistaken for Isla Fisher.

The 'American Hustle' star claims she doesn't understand whey people mix her up with the Australian 'Wedding Crashers' actress, 37, in Hollywood even though they both have red hair and are a similar height.

The 39-year-old Oscar-nominee told the January issue of Vanity Fair magazine: ''I get Isla Fisher all the time, still. And I know Isla, and for a while our kids went to the same dance school. When I'm with Isla, we both look at one another and ... I get it but I don't get it.

''But just like I tell her, it could be a lot worse. I could be mistaken for a lot worse people.''

But the Oscar-nominated star insists she doesn't view her fellow actresses as rivals and she even recommends them for roles.

She said: ''I get excited for people when I know I should be competitive. I'd say in an audition, 'I don't think I'm right for this, but you know who you should get?' I used to do that when I was an unemployed actress. 'Has Zooey Deschanel come in? Because she'd be fantastic . . . Have you met Emily Blunt? Because she is really wonderful.' ''

Amy, who has a three-year-old daughter, Aviana, with her fiance Darren Le Gallo, also took the opportunity to pour cold water on a few rumours about her.

She said: ''I'm not pregnant. I'm not getting married anytime soon.''

But her relationship with her partner of 11 years is going strong.

She said: ''I know he's completely capable and lovely, and beautiful, and offers something I could never hope to offer just in the nature of his being.''