Amy Adams Discusses On Screen Kiss With Co-Star Jennifer Lawrence: "She Does A Great Job" 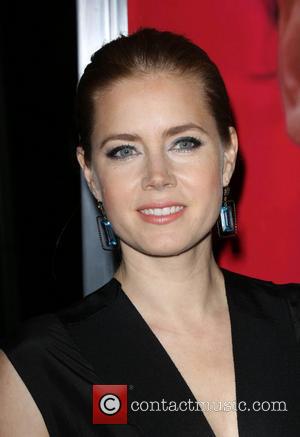 Amy Adams is a member of the ensemble cast that stars in the upcoming crime thriller 'American Hustle'.

DiMaso orders them into the dangerous and attractive world of the Mafia and money to go with it.

Irving's wife (Jennifer Lawrence) jeopardises the whole operation and could cause the lives of others to come crashing down.

Adams and Lawrence share a passionate moment when they lock lips, we know J-Law can act but what is the verdict on her kissing ability?

"She does a great job at it," Adams said, during an interview with Extra. "She has very soft lips."

They both play a pair of independent women hustlers who aren't afraid to manipulate any unsuspecting victim to get what they want.

But they find themselves acting against each other as they bid for the love of the same man, Rosenfeld.

The pair coming to blows in the movie was Lawrence's favourite part about filming with Adams as she admitted, "Getting to fight with Amy was just the funniest, and we'd just be cracking up. They'd call ''Cut!'' and we'd just start laughing."

Even though the 23 year-old has been on top of the Hollywood ladder for the past couple of years, Lawrence revealed she was nervous sharing the screen with Christian Bale, "I was worried," she admitted. "[But] everybody was so sweet and great - I made out with Batman!"

Adams also praised how close and professional the cast were during the filming process, "Everyone's chemistry is so electric in this, and even the friendship chemistry between Christian and Jeremy [Renner]'s character, the volatile energy between Jennifer and I, it almost borderlines on intimacy because it's just so immediate, so there."

'American Hustle' is already been heavily praised by critics and is creating quite an Oscar buzz, it hit theatres on December 13th 2013.