Amy Adams and Jake Gyllenhaal are in talks with producers of the upcoming film 'Nocturnal Animals'. The film, directed by designer Tom Ford, is based on Austin Wright's 1993 novel, 'Tony and Susan'.

Amy Adams and Jake Gyllenhaal are reportedly in talks to star in the upcoming film, Nocturnal Animals. Fashion designer Tom Ford is set to direct the film, his second following 2009's A Single Man. George Clooney and Grant Heslov are also on board to produce, through their Smokehouse Pictures production company. 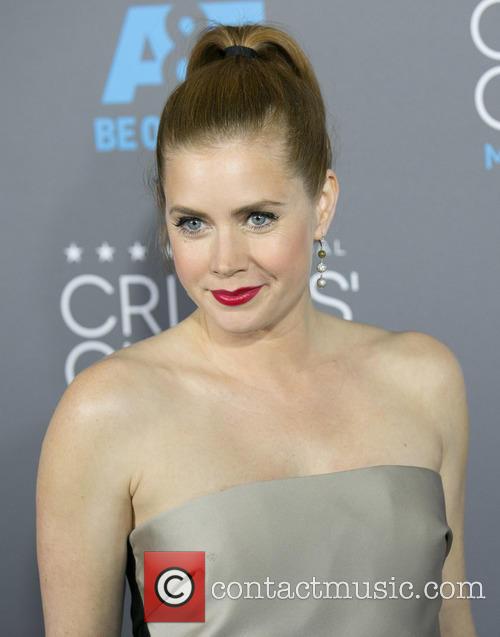 Amy Adams is reportedly in talks for Nocturnal Animals.

Read More: Nightcrawler Might Be A Psychopath's Success Story, But That's Why We Love It.

Ford is set not only to direct but to write the screenplay, adapted from a novel by Austin Wright. The film will reportedly be based on Wright's 1993 novel, Tony and Susan. The story centres on Susan after she receives a novel manuscript from her ex-husband, Edward. Despite their twenty years of separation, Edward asks Susan for her advice on his novel, entitled Nocturnal Animals. The book morphs into "a novel within a novel", as the Guardian reports. Nocturnal Animals revolves around Tony, an English professor, whose wife and daughter are abducted.  As Susan reads of Tony's attempts to come to terms with the horror of what happened to his family, Susan discovers "some dark truths" about herself, as Variety reports.

Adams has reportedly been interested in the role of Susan from an early stage, whilst Gyllenhaal is allegedly hoping to land the male lead, presumably of Tony. The actors have yet to sign any contract with the film's executives and a financial settlement has yet to be reached. Sources close to the executives suggest it's only a matter of time before an agreement is reached. Jake Gyllenhaal is reportedly interested in the male lead in Nocturnal Animals.