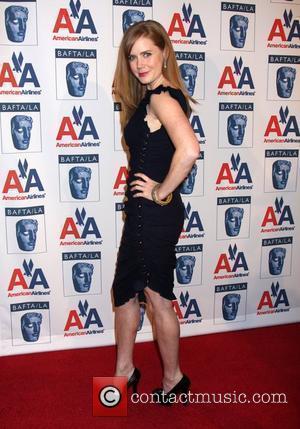 Amy Adams was so smitten with fiance DARREN LEGALLO from the moment they began dating, she almost proposed to him years before he finally asked the asked the actress to marry him.
Adams and Le Gallo announced their engagement in July 2008 after seven years of dating, and last month (Dec09) revealed they are expecting their first child together.
She explains, "The first year we were together I wanted to ask him (to marry me) because I was so in love with him. And then the second year I wanted to ask him when he hadn't proposed to me."
But now the Doubt star is urging women in love not to wait for their man to propose.
She says, "I knew it was important to him to ask me, so in the end that's what was important to me. But I think in a relationship... if that works, the woman should do it (ask)."