Quote: "What I've learned from fatherhood is that having a son cannot, did not, change my love for The Bachelor. I thought that having a son would make me grow up when it came to my Tv viewing habits, but I love The Bachelor even more after having a child." American Pie star Jason Biggs admits he's still hooked on the U.S. dating show, despite becoming a dad for the first time last month (Feb14).

Fact: American Pie star Jason Biggs and Rainn Wilson will be showing off their tennis skills on Thursday night (05Sep13) when they take on former professionals Chris Evert and Monica Seles at the U.S. Open. The Tv and movie stars will team up in a "battle of the sexes" clash against the former champions at Arthur Ashe Stadium in New York.

Tweet: "My wife is pregnant. My sincerest apologies to Kate Middleton for stealing all of her thunder. America's Baby." American Pie star Jason Biggs is overjoyed his actress wife Jenny Mollen is pregnant with the couple's first child.

Quote: "The Kardashians are a trainwreck... but I watch it... I have to admire what they've done - so much on so little." American Pie star Jason Biggs isn't proud of the fact he's an avid watcher of Kim Kardashian and her family.

Quote: "I did not think I was coming back... When you go as deep into the belly of the beast as I went, there's a whole other world going on and something like showbusiness becomes the dumbest thing on planet Earth." American Pie star Natasha Lyonne on her infamous fall from grace a decade ago. The actress was arrested twice in 2001 and 2004 and was admitted to a New York hospital in 2005 with a collapsed lung and Hepatitis C.

Quote: "We turned right back into our 16-year-old selves and acted like idiots. It's fun to see the cast married and as parents. I shot American Pie during my senior year of high school, and it was all about girls. Now it's about couples and babies!" American Pie actor Eddie Kaye Thomas, who plays Paul Finch in the hit franchise, enjoyed reconnecting with his old pals for the upcoming sequel, American Reunion.

Quote: "(My daughter) was asking to breast-feed as paparazzi were trying to take my picture. She almost got my boob out and she was close to giving them a nip slip. That was pretty embarrassing." American Pie actress Alyson Hannigan on her most embarrassing moment as a new mum.

Quote: "I love doing laundry; I love cooking and cleaning. I love doing it. It's my thing." American Pie star Jason Biggs takes charge of domestic duties in his marriage to actress Jenny Mollen.

Quote: "When I heard lines like, 'This'll be the day that I die'... I get chills just thinking about it." Don Mclean's classic American Pie has a new-found meaning for rocker BRET MICHAELS after he survived a brain haemorrhage.

Fact: Chris Weitz, the director of THE GOLDEN COMPASS, American Pie and About A Boy, is set to replace Catherine Hardwicke as the director for NEW MOON, the second installment in the TWILIGHT series.

Fact: American Pie pin-up Shannon Elizabeth has become the face of a new cellphone poker game. The actress, who is a respected card player, will front the World Series Of Poker Pro Challenge, which offers wannabe card sharks the chance to play the professionals in cyberspace.

Quote: "I love pilates and I've just bought a pogo stick that is so much fun. It's like the best cardio ever." American Pie star Alyson Hannigan finds a trendy new workout.

Quote: <p>"I'm a cutetarian. I eat meat, but not from animals that are really cute, like a cat or a duck." American Pie actress Alyson Hannigan jokes about her peculiar eating habits. </p> 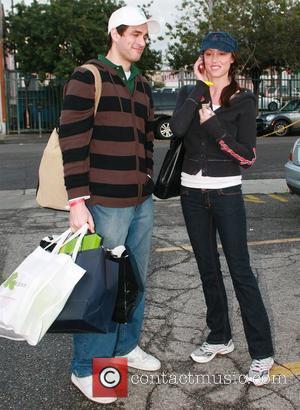 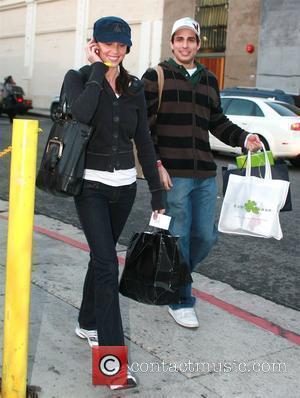