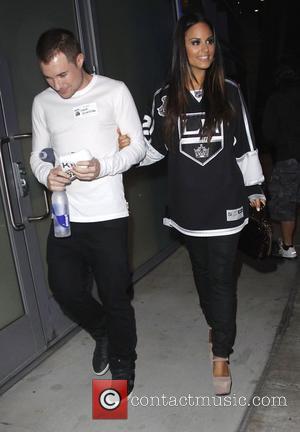 Picture: Pia Toscana arrives with Derek Besenfelder. The 'American Idol' contestant told photographers that the couple were 'just friends' and tweeted later in the night that...

Since winning American Idol, Phillip Phillips has been plagued with problems. Firstly, he was hospitalized with kidney problems and forced to undergo surgery. Then, the Phillips' family business was broken into and burglarised. Not exactly what he had planned in terms of celebrating his success on the TV talent show, one wouldn't wonder.
Phillips is all set to make a comeback though, as Entertainment Weekly have announced that he will be performing at the annual July Fourth celebrations at the National Mall. The event will mark a live comeback for the singer who will be keen to make his mark on the nation that voted for him to win American Idol. Even during the show, Phillips was often crippled with kidney pain, at times making it hard for him to stand through rehearsals. Since the show has ended, he has been focused on recovering from his health problems. In an interview with Associated Press, he explained "I'm getting better each day, so that's a good thing. I'm just walking around, getting my strength back together. It was tough, you know, those first few days, but I'm getting to where I can pick the guitar back up and write a little bit."
Things may not exactly have been going to plan for Phillips since American Idol ended but he is adamant that he will cherish the experience of working on the show. For the Washington Independence Day concert, Phillips will be performing on the same bill as John Williams, Megan Hilty and Matthew Broderick. "It's probably the biggest thing I've ever done besides American Idol," he revealed. "I'm just excited to get out there and do my first real live performance since everything that's been going on."