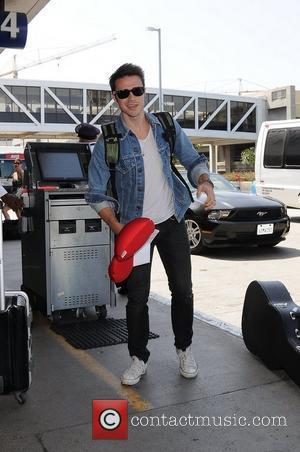 The good news is continuing for Phillip Phillips, with the American Idol winner making an impressive debut onto the US digital downloads chart just a week after his successful win over Jessica Sanchez in the final of the singing contest. According to Billboard, Phillips has earned the highest debut on the Digital Songs chart, with 'Home' taking second spot in the listings after being downloaded some 278,000 times.

The news gets better for both him and 'Idol' bosses though, as 'Home' ranks as the second highest debuting download release by an 'Idol' alumni ever, coming only behind Kelly Clarkson's 2009 hit 'My Life Would Suck Without You' which debuted with 280,000 downloads - and she's done alright for herself hasn't she. In terms of other yardsticks to look at, 'Home' trounces Carrie Underwood's highest selling download, 'I Told You So' that sold 125,000 in its first week, and is the largest selling debut single by an 'Idol' artist since the chart's monitor SoundScan started tracking the charts in 2003.

However it wasn't enough to nudge Carly Rae Jepsen's 'Call Me Maybe' which sits at the top spot again after selling 301,000 - up 3 per cent from the previous week. Coming in behind in third meanwhile is Maroon 5's 'Payphone,' selling 265,000. Gotye and Nicki Minaj round out the top five with 'Somebody I Used To Know' and 'Startships' respectively.