'American Idol' can't ''afford'' Mariah Carey as a judge, according to her husband, Nick Cannon. 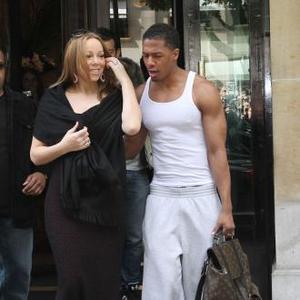 The 'We Belong Together' singer has been linked with a role on the show following the announcement Jennifer Lopez and Steven Tyler are to leave, but her husband Nick Cannon thinks she would cost show chiefs much more than the salaries paid to the departing panelists.

Nick told website TMZ: ''I don't know if they can afford Mariah Carey. That's a lot of money. If they gave J-Lo $20 million, they might have to double that!''

Despite Nick's claims, Jennifer was rumored to have been paid $15 million to appear on the show.

Jennifer, 42, left 'American Idol' after two seasons in order to concentrate on other projects.

Speaking about leaving the show, she said: ''Something had to give, something has to give. I was really dreading this phone call with you.

''I honestly feel the time has come that I have to get back to doing the other things that you do, and you have to pay attention to that, too. I could keep doing 'Idol' for the rest of my life, but that would be giving up a bunch of other things. I feel like we had an amazing run.''

Meanwhile, Mariah - who has 14-month-old twins Moroccan and Monroe with Nick - has been in the studio recording a new album with producer Rodney Jerkins.

She tweeted last week: ''In the studio with RJ-yeaah, having a nice time!(sic)''