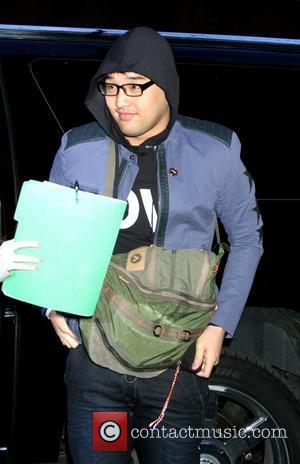 Joshua Ledet is starting to emerge as one of the judge's favorites on this season of American Idol. Along with Jessica Sanchez, the judges - Steven Tyler, Jennifer Lopez and Randy Jackson have struggled to find anything but praise for Ledet. On last night's 1960s-inspired show (May 3, 2012), Joshua impressed them with his cover of The Temptations' 'Too Proud to Beg' before bringing J-Lo close to tears with a rendition of 'To Love Somebody' by The Bee Gees.
"You're one of the best singers ever on the show," Randy told him, before Jennifer added "I think you're one of the best singers I've seen in 50 years." Jessica Sanchez had a taste of negative feedback last night, which is unusual for the girl who the judges saved in a dramatic fashion a few weeks ago. Her decision to cover Ike and Tina Turner's 'Proud Mary' didn't go down well with Randy, who told her "It didn't really quite sit with me." Luckily, she managed to keep their attention with a gorgeous rendition of 'You Are So Beautiful' by Joe Cocker.
Skylar Laine also impressed last night, with her twangy vocals suiting Creedence Clearwater Revival's 'Fortunate Son' down to a tee. "I'm transfixed on everything you're doing," Jackson told her. Another 18 year old who performed well last night was Hollie Cavanagh, who Randy described as the "dark horse" of the contest. Whether or not they will be able to do enough to stand out in the final rounds of the competition remains to be seen; they face very strong competition from Joshua and Jessica, who have been consistent throughout.