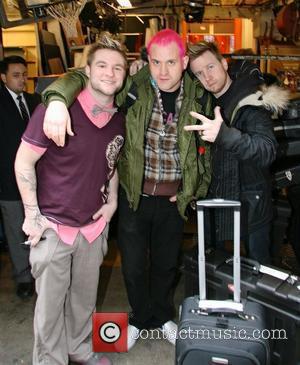 American Idol star Clay Aiken is caught up in another gay controversy after parishioners at a church where he is set to perform a Christmas (07) concert demanded assurances the singer isn't a homosexual. Aiken's sexuality hit the headlines last year (06) when a former Green Beret soldier revealed he had spent a night of passion with the crooner, but Aiken refused to discuss the issue when it came up in interviews. Then, fans threatened to file a class action suit against the singer if it was proven he was gay. And now, elders at a Wichita, Kansas church want to make sure the singer is heterosexual before green-lighting plans for him to perform for their congregation on 26 November (07). The Central Christian Church controversy reached a fever pitch shortly after the performance was announced, and the executive pastor Mark Posson felt compelled to send a letter to concerned elders. A source tells the National Enquirer, "Pastor Posson thought it was in the church's best interest to circulate a letter." In the note, the pastor avoided the gay issue, declaring Aiken was a Christian who didn't "drink, smoke, swear or womanise". The clergyman also recalled interviews Aiken gave to Rolling Stone magazine and an internet site, in which he stated he was not gay. Posson also incorrectly declared the Green Beret, who claimed to have spent the night with Aiken in a hotel, later recanted his story, explaining he was encouraged to "scandalise the singer" by so-called Aiken haters. In fact, the soldier, John Paulus, has never gone back on his story - and passed a lie detector test when he took his story to the Enquirer. As WENN went to press, the Aiken concert at Central Christian Church is still scheduled.