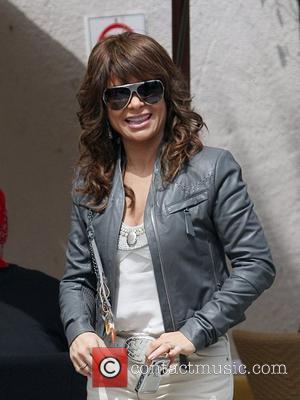 Picture: American Idol Judge Paula Abdul is in high spirits as she takes pictures of paparazzi photographers while having lunch with a friend at Trilussa in...

American Idol winner FANTASIA BARRINO desperately tried to win the role of EFFIE WHITE in DREAMGIRLS and even had co-star Jamie Foxx backing her, before eventually losing out to JENNIFER HUDSON. Foxx, who plays record boss CURTIS TAYLOR in the film, was pushing for Barrino to land the role, but director Bill Condon had other ideas. Hudson, who was also a contestant on American Idol, recently scored an Oscar nomination for the role, but Barrino insists she isn't bitter about missing out on the star-making part. She tells Vibe Vixen magazine, "Everyone wanted me for that role except the director. But it wasn't for me. I tried really hard. But I can't even be mad. That role was for Jennifer Hudson. "I feel like I was meant to win American Idol. And I feel like J (Jennifer Hudson) was meant to play the Effie role."