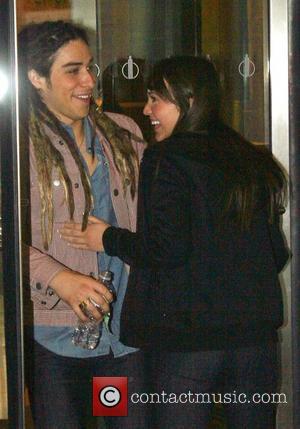 Picture: Former 'American Idol' contestant Jason Castro with a famale friend outside Fox Studios for an appearance on 'The Morning Show with Mike and Juliet' New...

Acerbic American Idol judge Simon Cowell has slammed new UK pop sensation Mika - after he told the hotly-tipped star "not to bother" with a career in music. The singer, born MIKA PENNIMAN, has been hailed as the new Freddie Mercury and is expected to top the British singles chart this week (ends21JAN07) with debut single, Grace Kelly. The 23-year-old recalls, "I managed to get a demo to him before he became a household name. He hadn't done any of the Pop Idol stuff. "When I walked in and played my song, he said, 'You've got a good voice but your songwriting... you may as well not bother.'" Despite the knockback, Mika did not give up on his pop dreams, and instead has used the put-down to spur him on. He says, "Honesty is a good policy. That's how you've got to survive. Rub your hands together and start again."