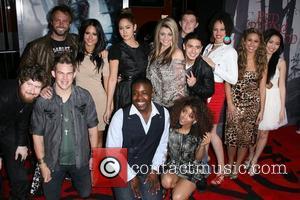 American Idol finalists have been moved out of their Beverly Hills mansion after becoming convinced that the property was haunted.American Idol producers have taken the decision to move the season eleven finalists out of their current accommodation, after some contestants claimed that the house was haunted, reports Tmz.com.The finalists left the exclusive Beverly Hills property on Monday (21st March 2011) after spending just three weeks there. Contestants initially started to believe that the mansion was haunted after lights began flickering, but they also noticed a "spooky spider" infestation. The group were sent "over the edge" last week when they claimed that a bed sheet had "suddenly taken on a life of its own" and floated down an empty hallway. The decision was finally taken to move the contestants out of the mansion after a heavy rainstorm on Sunday caused the roof to leak. An insider said, "The contestants Freaked Out and demanded to move... and Idol producers obliged".
The American Idol contestants seemed unperturbed by their change of accommodation during this week's live performances. A particularly strong Motown themed week saw fan-favourite Casey Abrams receive the lowest share of the vote. However, in a surprise turn of events, the 19-year-old was saved by the judges who used their one and only safe card.