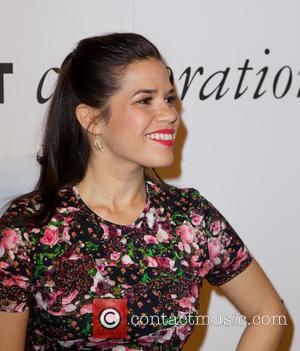 America Ferrera reunited with her Ugly Betty co-star Judith Light on Wednesday (07May14) when she presented her with a special award in recognition of her charity work.

Veteran actress Light, who played Claire Meade in the hit comedy, was feted at the 2014 Women Who Care event at Cipriani 42nd Street in New York City.

She received the Philanthropy Award for her work with cerebral palsy charities, and Ferrera was on hand to present the accolade.

Before the bash, Ferrera took to Twitter.com to write, "So excited to present the incomparable JudithLight with the UCPWomenWhoCare Philanthropy Award this afternoon!"