She and Ryan Piers Williams have an exciting 2018 coming up.

America Ferrera and Ryan Piers Williams unveiled a New Year's Eve surprise in the form of a pregnancy announcement, as they reveal that they are finally expecting their first child together after more than a decade of marriage. It's a new chapter that they're obviously thrilled to embark on. 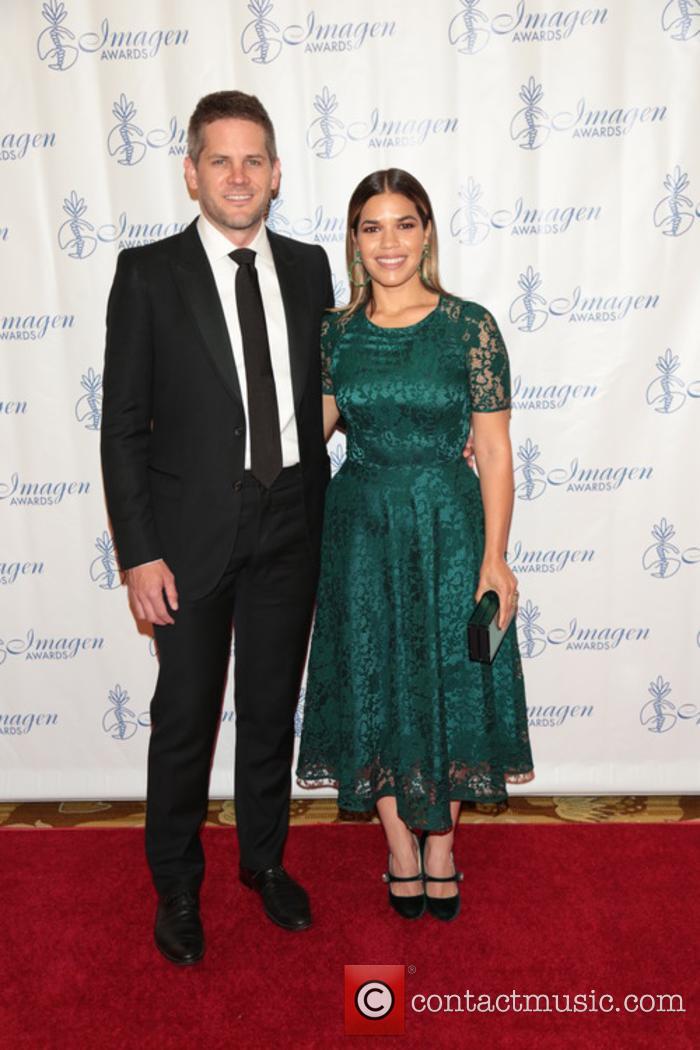 America Ferrera and Ryan Piers Williams at the Imagen Awards

The 'Ugly Betty' star and her filmmaker / actor husband are readying their lives for a brand new addition to their family, though we are yet to discover just when we can expect the arrival of baby Ferrera-Williams.

'We're welcoming one more face to kiss in 2018!' America wrote on Instagram. 'Wishing you Más Besos [more kisses] in the New Year!' Alongside the message was a snap of her and Ryan wearing 2018 goggles, while America holds up a baby-grow with 'Más Besos (por favor)', or 'More Kisses, please', written on it.

Ryan also posted the same snap (along with a close up of the baby-grow) with the caption, 'Making room for new and beautiful things to come in 2018!'

Last June, the couple celebrated their 12th wedding anniversary, and posted a slow-mo video of themselves blowing the seeds off dandelion heads while out on a glorious countryside walk. '12 years of this... #HappyAnniversary', she captioned the clip.

The pair first met when Ryan cast America in a student film while they were both studying at the University of Southern California (USC). America was studying for a bachelor's degree in international relations which she eventually landed in 2013. Ryan cast America in his Imagen Awards nominated 2010 film 'The Dry Land'. She also appeared in his next film, 2014's 'X/Y', in which they starred as onscreen lovers.

America has had a busy year with the newest season of 'Dragons: Race to the Edge' and employee sitcom 'Superstore', and she's also set to lend her voice to the forthcoming 'How to Train Your Dragon 3' which will be released in 2019.