America Ferrera managed to laugh about the prank a notorious journalist played on her at the Cannes Film Festival whilst promoting her latest film ‘How to Train Your Dragon 2’.

America Ferrera was understandably shocked when a man jumped out from amidst the crowd of paparazzi and crawled under her gown at a recent film premiere! 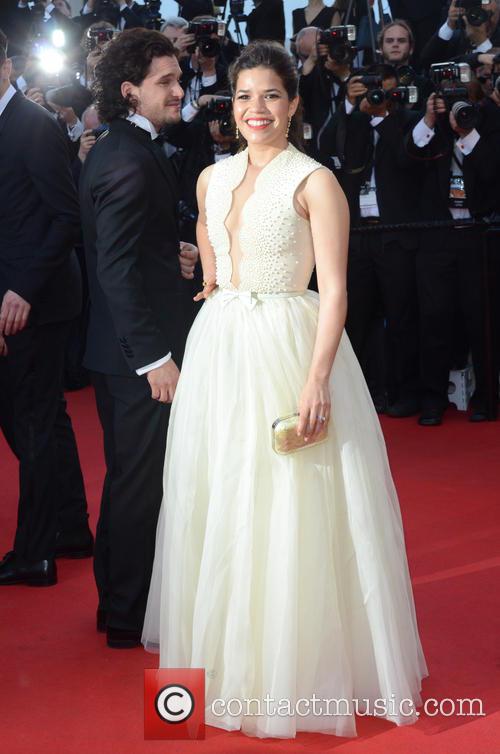 America Ferrera at the Cannes premiere shortly before the gown incident.

The actress was at the Cannes premiere of How to Train Your Dragon 2 on Friday evening when a paparazzi, renowned for his pranks on celebrities, lunged towards the surprised star. Although the Ugly Betty actress appeared initially shocked, she soon laughed the incident off and spoke to Vulture about her ordeal. In an interview, Ferrera laughed about the incident, claiming she was entirely unprepared for the ‘violation’.

The 30-year-old actress was posing for a group photograph when the incident occurred and was quickly comforted by fellow stars Cate Blanchett and Kit Harington. Shortly after the ordeal, Ferrera kept repeating “I don’t even know what happened! I feel something behind me, and there’s this guy under my dress, then two guys drag him away!” It’s not unconceivable that Ferrera had not immediately noticed the man as her dress was, fortunately, layered. The actress, who voices Astrid in How to Train Your Dragon and its sequel, looked beautiful in a plunging pale gown. 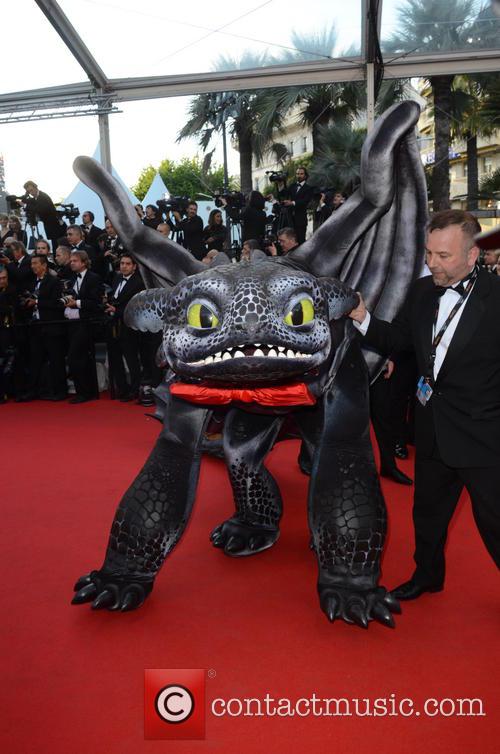 The stars were joined by dragon Toothless in mascot form on the red carpet.

Ferrera should take some comfort that she is not the only celebrity to have fallen prey to the pranks of the paparazzo in question. The same journalist, Ukrainian national Vitalii Sediuk, has attempted to kiss Will Smith and prevent Jennifer Lopez from presenting Adele with a Grammy. We’re not sure why he does it, but he’s certainly created a unique news story!

Furthermore, Ferrera’s latest film How to Train Your Dragon 2 has received brilliant reviews and a standing ovation following its Cannes premiere. It has been described by critics as much more than a bog standard children’s animation with THR critic Leslie Felperin stating “Going beyond the pat eco-conscious message that every kids' film has to have, HTTYD2 touches on how complex the emotional bond between a person and an animal can be.”

How to Train Your Dragon 2 is due to be released on July 4th worldwide.

Watch the movie trailer for How to Train Your Dragon 2 on Contactmusic. 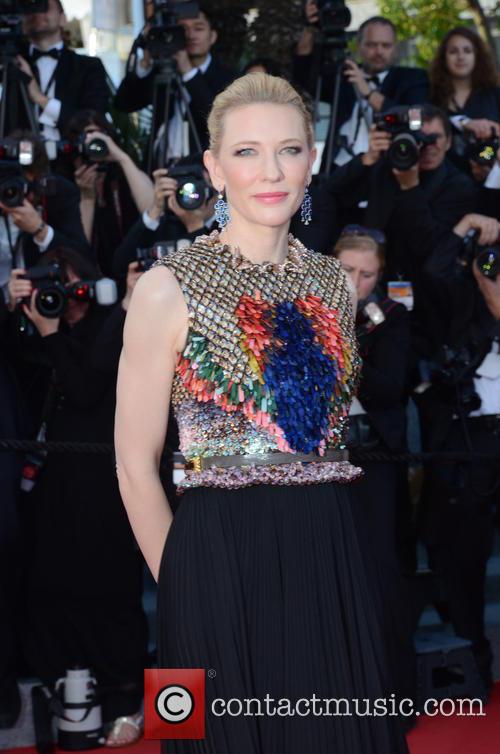 Cate Blanchett immediately rushed to comfort Ferrera after the journalist attempting to crawl under her gown.