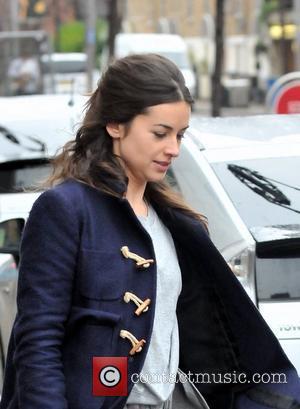 British singer/songwriter Amelia Warner has opened up about her brief 'marriage' to Hollywood actor Colin Farrell, insisting their beachside wedding was not legally binding.
The musician, who records under the name Slow Moving Millie, was reported to have married the Irishman in Tahiti in 2001 when she was just 19, but the couple split several months later.
However Warner, now 29, is adamant it wasn't a proper wedding.
She tells Britain's The Sun, "We didn't actually get married - it's not actually true. I think we've been too polite to deny it. We had a ceremony on a beach in Tahiti that was by no means legal and we knew it wasn't. It was just a thing we did on holiday. We went shark feeding and then we did that. We booked them both on the activities desk at the hotel.
"It really wasn't this secret wedding that no one was invited to. It was lovely, it was silly, it was sweet but by no means was it a serious thing and I think my mum thought it was quite funny."
Warner also reveals she was devastated when the relationship came to an end later that year (01).
She adds, "It was a very intense and passionate relationship. It was heartbreaking when it ended."