The 31-year-old model recently spoke candidly about her failed marriage with the rap star, including allegations of his infidelity.

Last September Amber Rose filed for divorce from Wiz Khalifa, and five months later it seems the curvy model is finally ready to move on from her failed marriage. But she has a few things to get off her chest first! 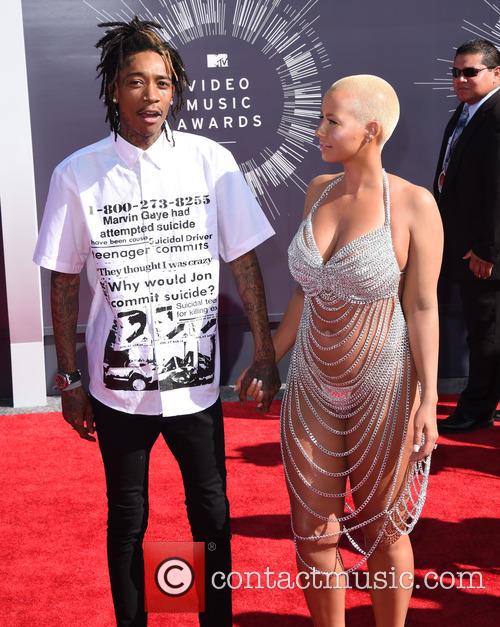 Rose filed for Divorce from Khalifa in September

During a new interview with Power 105.1's The Breakfast Club, Rose opened up about her estranged husband, their relationship and set the record straight on whether Khalifa remained faithful or not.

"You know, he's young, he has a lot of life to live," she said. "Now that I'm done crying, it doesn't bother me anymore. Now's my time to live. I'll never say never because he's the father of my child. He's still technically my husband. But right now, with all he's doing, I'm not with it."

And when the radio show hosts eventually probed Rose about rumours claiming the 27-year-old rapper cheated on her, she replied, "It's like 'Dude that's not you.' That's not my husband. That's not the man that I know. Wiz isn't a bad guy. He has a great Spirit, that's why I married him. People make mistakes."

One of the host's also claimed Khalfia was "allowed three hall passes," but when Rose said "What if he.," to which another co-host replied, "used them up?" the 31-year-old beauty nodded her head.

The couple's split seems to have been bitter from the start, only days after their divorce papers were filed, Khalifa was already challenging Rose's request for full custody of Sebastian, and instead was asking the court to grant him joint custody of their young son and visitation rights.

Furthermore, a day before news of their separation broke and following speculation over Khalifa's infidelity, Rose cryptically tweeted, "Reliving that moment over and over and over..smh."