Rose also had a few words to say about Donald Trump, as she spoke to reporters at her takeover at Dave & Buster's in Hollywood.

The truce between former enemies Kim Kardashian and Amber Rose seems to be holding up, with the latter speaking highly of the ‘Keeping Up With the Kardashians’ star in a new interview in which she also took aim at the controversial Donald Trump.

Speaking to Us Weekly and other assembled reporters at her self-styled takeover event at Dave & Buster’s in Hollywood on Wednesday evening (March 30th), the 32 year old model was asked about her détente with 35 year old Kardashian. 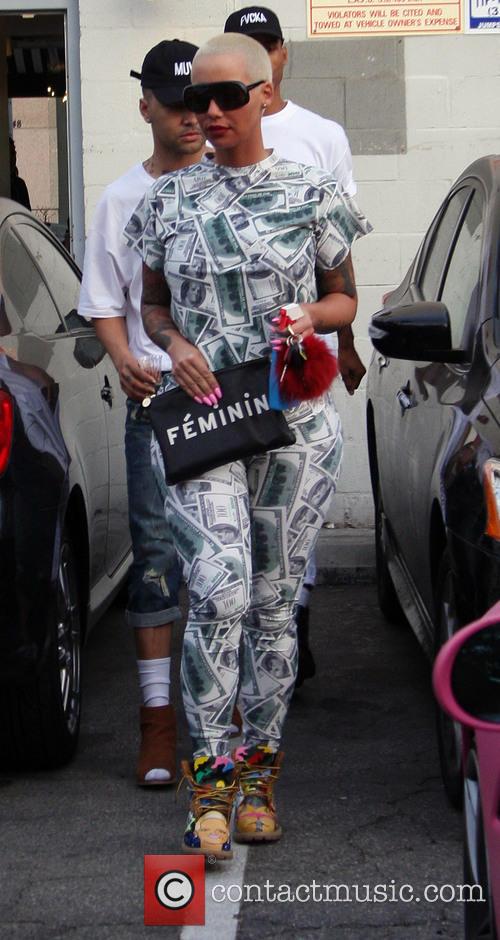 Amber Rose spoke about her detente with Kim Kardashian

“I think she is! I think that it will be a great time. If she wants to tell her story, I think that would be awesome too,” Rose said about whether Kim might be taking part in the second annual SlutWalk later this year, the event organised by Rose herself last year.

This, of course, refers to Kim’s infamous start in showbiz back in 2007, when her sex tape with Ray J made in 2003 got leaked onto the internet.

“I think she got slut-shamed a lot,” Rose continued, “and I think she has a really cool story to tell, so if she went on stage and told her story and really let people know she is human, and she was in love at one time and she made a mistake, and s--t happens and it shouldn't be the rest of her life!”

The pair famously patched things up earlier this month, with a selfie on February 2nd on Instagram just a few weeks after Rose had engaged in a Twitter war of words with her ex Kanye West – now Kim’s husband, of course.

Reporters also asked the star, who is married to rapper Wiz Khalifa, about another controversial headline-grabber – Republican presidential hopeful Donald Trump. What would she do if he actually made it to the White House?

“Jesus Christ, I can’t even think about it!” she exclaimed. “I'm moving, I'm out! I can't. And I am taking my son with me! I would be devastated, to be honest with you!”