Amber Rose wants you to know she is NOT dating Scott Disick.

In the midst of all her twitter drama with Kanye West, model Amber Rose has also found herself the subject of an unlikely rumour, that she’s now dating Kourtney Kardashian’s ex Scott Disick. Speaking on the the Allegedly podcast, Rose confirmed that she and Disick are definitely not an item, while also giving her thoughts on Blac Chyna and Rob Kardashian’s blossoming romance. 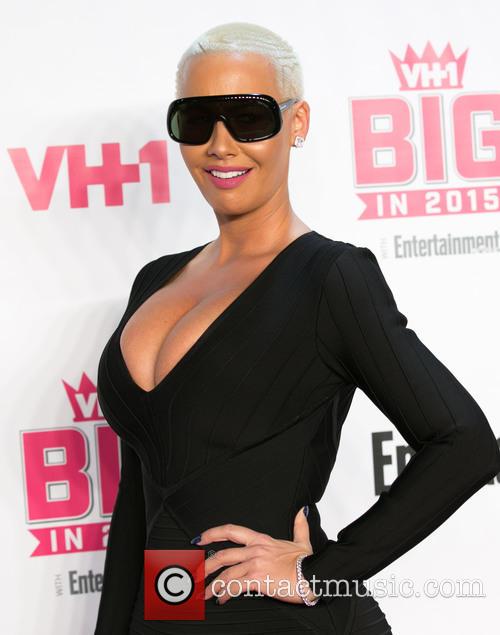 When asked about the rumours regarding her and Disick Rose said: "That is so not true. Ok, this is the thing with Scott, which is really unfortunate because I didn't want to be in that messy situation, I met him three times.”

“He's a really cool guy. I met him through mutual friends. We've never hung out together alone or nothing like that. We're not close. I don't know him like that.” Rumours of Rose and Disick dating were fuelled earlier this week, when the model followed Kourtney’s ex on Instagram.

"No, I'm not dating Scott. I don't really know him that well,” Rose added. “And it's f--ked up because it's like, when you try to be nice, you can't be nice. [People think] you're being petty.” But Rose’s best friend Blac Chyna is dating Rob Kardashian and the new couple certainly have her blessing.

"They're working out. Chyna is cooking healthy meals for him. It's a really, really good vibe,” Rose said. "Man Rob is the coolest guy you'll ever meet in your life. He’s realistic, you know. He's an amazing person. And it's sad that people don't really get to see that. He's just down to earth… and just, just cool. Like he gets life. He gets it."