'Glee' star Amber Riley wants British singer Adele to live with her in the US and be her best friend. 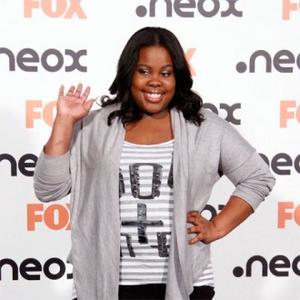 Amber Riley wants Adele to be her best friend.

The actress - who plays Mercedes Jones in 'Glee' - was thrilled when the British singer emailed her after seeing her perform one of her tracks on the musical drama but the US star now wants to take their Bond even further.

She said: "When I covered Adele's song, she emailed to thank me.

"I love Adele, I want her to be my best friend. She could come to the US, live with me and sing to me every morning."

The 25-year-old actress feels she has a responsibility to her young fans and tries to be a role model.

She told Reveal magazine: "I feel like I have a responsibility to young girls. When you're a celebrity, you have two choices - you're either just famous, or you can be an Example.

"I chose to be a role model. I get a lot of letters from young girls and they need somebody who looks like them, someone who isn't what you'd expect in Hollywood.

"I'm very different to that standard image and I think they can relate to that."