Heard's team has responded to Depp's lawyer, who argued that she's alleging abuse to get a quick divorce settlement.

Amber Heard’s legal team has released a statement about her ongoing divorce from Johnny Depp, as well as the domestic violence allegations that accompanied the granting of a restraining order over the weekend against the Hollywood giant.

30 year old Heard requested, and was granted, a restraining order against Depp on Friday (May 27th), claiming that the couple had had a fight the previous Saturday in the aftermath of the death of Depp’s mother, when he allegedly struck her with cellphone that he threw. She had submitted photos of a bruise on her face as evidence in the filing, which were obtained by ABC News.

Los Angeles police attended the scene on May 21st, but left after finding “no evidence of any crime,” it had confirmed last week. 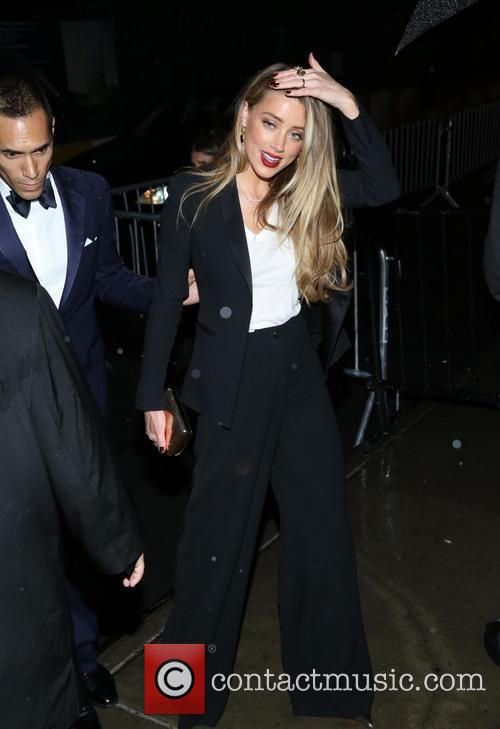 Now, however, Heard’s attorneys Samantha F. Spector and Joseph P. Koenig, said on Tuesday in a statement: “As the result of Amber’s decision to decline giving an initial statement to the LAPD, her silence has been used against her by Johnny’s team. Amber did not provide a statement to the LAPD in an attempt to protect her privacy and Johnny’s career.”

“Johnny’s team has forced Amber to give a statement to the LAPD to set the record straight as to the true facts… Amber can no longer endure the relentless attacks and outright lies launched against her character in the Court of Public Opinion since the tragic events of May 21st.”

Depp, 52, has been travelling in promotion of his new film Alice Through the Looking Glass, and has remained comparatively silent on the matter.

His lawyer, Laura Wasser, submitted a response to Heard’s court filing at the weekend, which read: “Amber is attempting to secure a premature financial resolution by alleging abuse. Johnny is currently out of the country for work. He is unable to attend the hearing on this matter and has not heard Amber's specific allegations against him. He nonetheless has every intention of staying away from Amber.”

Regarding this specific accusation, Heard’s legal team continued: “We took the high road” by deciding to “not serve Johnny with the petition at the premiere of Alice Through the Looking Glass” on Monday last week. “Amber is simply a victim of domestic violence, and none of her actions are motivated by money,” Heard’s attorneys finished their statement, according to the New York Post's Page Six.

Heard and Depp were married 15 months ago, but she filed for divorce on Friday, citing “irreconcilable differences”.