Her legal team cited concerns that Depp's donation of the $7 million divorce settlement directly to the charities named by Heard, rather than to her first, might be a tax dodge.

Amber Heard has demanded that her ex-husband Johnny Depp double the amount he is paying to charity following their $7 million divorce settlement earlier this month, after she accused him of trying to cut his total bill by donating the sums directly to the charities she named.

52 year old Pirates of the Caribbean star Depp settled out of court and agreed to pay Heard $7 million as part of their divorce, which she then pledged to donate directly to two charities – the ACLU and the Children’s Hospital of Los Angeles, two organisations that have done work to prevent domestic violence.

Depp confirmed on Thursday (August 25th) that he had paid the first of the instalments directly to the charities, but “in the name of Amber Heard”, saying that his ex-wife’s “generosity in giving to these wonderful causes is deeply respected.” 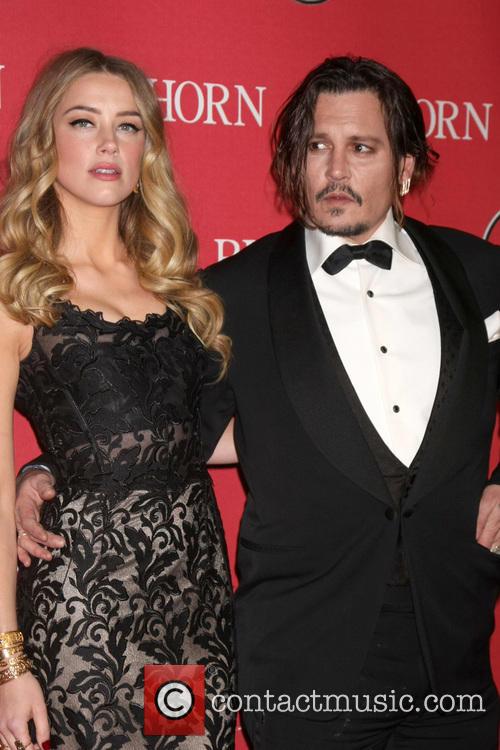 Amber Heard and Johnny Depp's disputes have flared up once again

However, Heard’s legal team has responded that Depp has done this in order to get a charitable tax deduction, and that he should therefore pay double in order to account for that.

A spokesperson for the 30 year old said on Friday: “Amber Heard appreciates Johnny Depp's novel interest in supporting two of her favourite charities, the ACLU (American Civil Liberties Union) for domestic violence and the Children's Hospital of Los Angeles. This is great and unexpected news.”

“However, if Johnny wishes to change the settlement agreement, we must insist that he honour the full amount by donating $14m dollars to charity, which, after accounting for his tax deduction, is equal to his $7m payment obligation to Amber.”

“We would also insist that the full amount be paid immediately and not drawn out over many years. Anything less would be a transparent attempt by Johnny's counsel… to reduce their client's true payment by half under the guise of new-found concern for charities that he has never previously supported.”

After 15 months of marriage, Heard announced in May that they had split and she had left the marital home. Just days later, she applied for a restraining order against him, citing domestic violence and abusive behaviour (that Depp has strongly denied). That was granted temporarily ahead of a hearing, but Heard withdrew that application when the ex-couple settled out of court earlier this month.

In a joint statement shortly afterwards, the ex-couple said regarding the allegations of domestic violence that there was “never any intent of physical or emotional harm. Our relationship was intensely passionate and at times volatile, but always bound by love. Neither party has made false accusations for financial gain.”