The actress, wife of Johnny Depp, are said to have illegally brought their pet Yorkshire terriers Pistol and Boo into the country in May, where the agriculture minister threatened to have them put down.

Amber Heard has been charged by Australian authorities with illegally bringing Johnny Depp’s two pet dogs into the country, following a drama last month in which the nation’s agriculture minister made headlines by ordering the animals to be deported or face being put down.

The Commonwealth Department of Public Prosecutions said on Thursday (July 16th) that Depp’s wife had been formally charged this week with two counts of illegally importing the Yorkshire terriers (Pistol and Boo) into Australia and one count of producing a false document, and was issued with a summons to appear in a court in Queensland on September 7th. 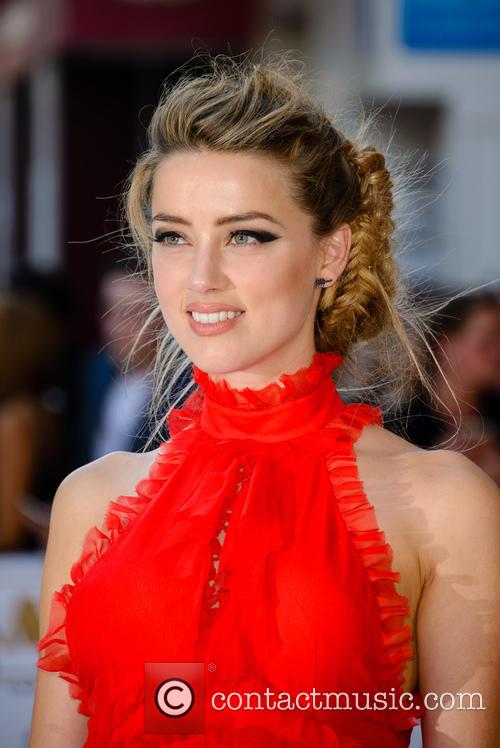 Amber Heard has been charged with dog smuggling

The importation charges carry a maximum sentence of 10 years in prison and a fine of AUS$102,000 (roughly $75,000 US), and the documentation charge a sentence of one year and AUS$10,200. Heard’s lawyers will likely petition this on her behalf, but she may well have to appear in person.

Australia has very strict rules and regulations regarding animals entering the country, in order to prevent the spread of disease, and bringing pets into the country usually requires getting a permit and a period of at least ten days of quarantine. Agriculture minister Barnaby Joyce was widely parodied for his initial statement on the incident back in May.

“If we start letting movie stars — even though they've been the sexiest man alive twice — to come into our nation (with pets), then why don't we just break the laws for everybody?” he said angrily at the time, threatening the doggies with euthanasia if they were not escorted out of the country. “It's time that Pistol and Boo buggered off back to the United States.”

Heard brought the dogs into Australia to visit Depp while he was filming the fifth instalment of the Pirates of the Caribbean franchise, titled Dead Men Tell No Tales, on the Gold Coast. Though they left the country before the deadline, Heard expressed disappointment at the government’s attitude at the time.

“I have a feeling we're going to avoid the land Down Under from now on, just as much as we can thanks to certain politicians there,” the 29 year old actress told Australian media outlet ABC. “I guess everyone tries to go for their 15 minutes, including some government officials.”