Amber Heard 'Came Out' To Help Other Lesbians 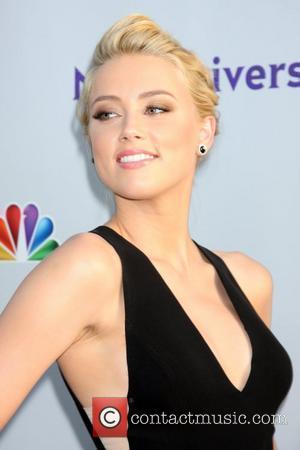 Actress Amber Heard chose to make a stand as a lesbian at last year's (Dec10) Gay and Lesbian Alliance Against Defamation 25th anniversary celebration so she could offer encouragement and support to closeted homosexuals.
The Pineapple Express star insists she has always been open about her own sexuality but chose to make it obvious at the gala by turning up hand-in-hand with her partner, photographer Tasya van Ree.
Immediately, the straight media went crazy with reports about the blonde's sexual preferences.
She says, "I've always been out. Way before that event, there were pictures of me walking to press events holding my girlfriend's hand."
But she had never really spoken about her sexuality and Heard can only hope the fuss was worth it.
She tells Black Book magazine, "I talked about my relationship because there's a difference between being a private person and being part of the problem. I knew that I had a responsibility to young people, who right now are without many role models, to kind of step out of my comfort zone and acknowledge that I have a girlfriend without being ambiguous about it.
"At the end of the day, if you're hiding something, then you are inadvertently saying it's wrong, and I don't feel like it's wrong."