Amber Heard is allegedly in a relationship with business magnate Elon Musk.

A mere three months after her highly publicized divorce was finalized, it seems Amber Heard is back in the dating game and rumoured to be in a relationship with billionaire Elon Musk. They have been spotted enjoying a day trip in Australia, and Amber even posted a photo of their romantic dinner together.

31-year-old Amber and 45-year-old Elon both appeared in Robert Rodriguez's 2013 film 'Machete Kills' but, according to The Hollywood Reporter, they never actually met despite Elon being desperate to do so. He even went as far as to ask the production team to arrange a meeting between the two.

When Elon Took An Interest

'If there is a party or event with Amber, I'd be interested in meeting her just out of curiosity', he asked Rodriguez in an email according to THR sources. 'Allegedly, she is a fan of George Orwell and Ayn Rand... most unusual.'

Unfortunately for him, she was in a relationship with Johnny Depp at the time and didn't turn up to the subsequent dinner date. 'Can you send her a note saying I would like to get together for lunch in LA?' He apparently said in a later email. 'Am not angling for a date. I know she's in a long-term relationship, but... Amber just seems like an interesting person to meet.' 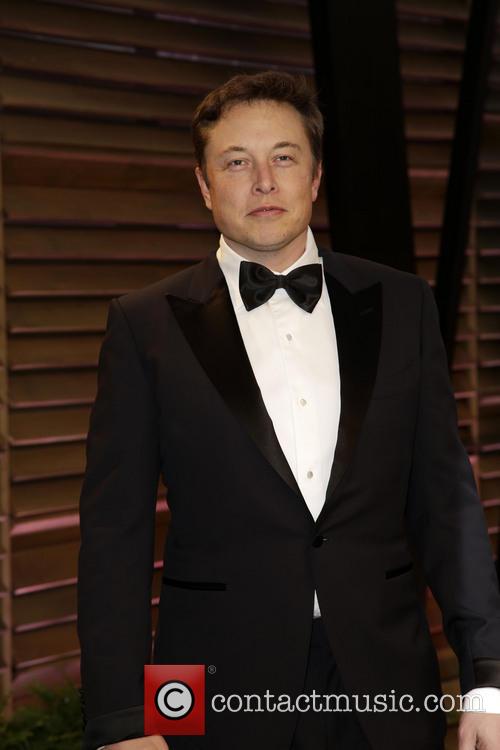 Spotted In Public Together

Despite these old alleged emails, another source close to the SpaceX and Tesla CEO has insisted that 'they are just friends'. Still, they've also been photographed ziplining at the Currumbin Wildlife Sanctuary on Australia's Gold Coast with two of Elon's sons on Sunday (April 23rd 2017).

Amber was taking some time out from shooting 'Aquaman' in the country with Jason Momoa. TMZ reported the news, and also claimed that they have actually been dating for a year. Indeed, they were extremely affectionate for 'just friends', walking around the attraction with their arms around each other.

It was perhaps more telling that Amber posted a photo of the pair of them having dinner together on Instagram. She looks into the camera with her arm resting on Elon's shoulder, while Elon looks away exposing a very clear lipstick mark on his face matching Amber's scarlet pout. She captioned the shot, 'Cheeky'.

Rumours of a romantic relationship between the pair began back in August 2016; they were apparently seen 'hanging out' at the Delano South Beach hotel in Miami Beach according to E!News, and later he followed her to London where they hung out some more at Soho club The Box.

Elon was previously married to author Justine Wilson between 2000 and 2008, with whom he has five living sons. Two years later he married actress Talulah Riley, who he divorced in 2012 and remarried in 2013. They almost divorced again in 2014, but in early 2016 they separated for good and finalized their divorce in October.

Amber, meanwhile, was in a relationship with photographer Tasya van Ree from 2008 to 2012, and she married Johnny Depp in 2015. She filed for divorce in May 2016, citing that the actor had been verbally and physically abusive to her. They eventually reached a divorce settlement which saw Amber donate her $7 million proceeds to charity.