No Clothes, No Problem: Amanda Seyfried Admits To Being Unfazed By Nudie Shots In New Film 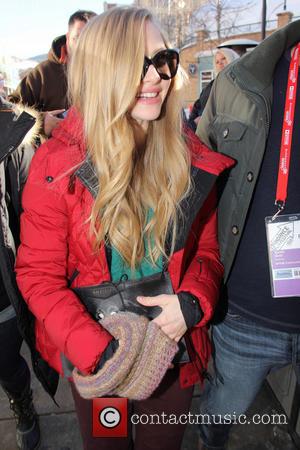 Amanda Seyfried's next role will see her portray one of the adult film industry's most famous (and tragic) stars in her next film and as you'd imagine, some of the scenes involved the actress rather scantily clad, if not completely nude. Fortunately for Seyfried though, she told Indiewire that she is a-okay with the scenes, and to be perfectly honest so are we (sorry).

The Les Miserables star will be portraying Linda Lovelace, who shot to porn-land fame and rest of the world notoriety when she stared in the 1972 film Deep Throat (no prizes for guessing what it's about). Seyfried admitted to the movie blog that although the nude scenes she and co-star Peter Sarsgaard are involved in were "a little strange," she was still rather unaffected by the whole thing, saying: "[Peter and I] are not shy about our private parts. We also weren't walking around with our genitals out; our bottom half genitals. That might have been a little strange for me. I don't really have any interest in people seeing my vagina. It's just a personal thing. I don't mind seeing other people's vaginas."

"Sex; we all do it," the star refreshingly added, before going on to discuss how she handled the more intimate scenes of the film (she used an icicle) and why she considers Mean Girls her best work still. You'll have to check out the full interview on Indiewire to find out more.

Lovelace premiered at the Sundance Film Festival earlier this week and will be released in cinemas later in the year. The film also star Sharon Stone, Hank Azaria adn James Franco, who appears in a cameo as Hugh Hefner.