Amanda Seyfried was upset to learn Leonardo Dicaprio would not appear in her new movie 'Red Riding Hood' - and upset the actor by asking him to play her father. 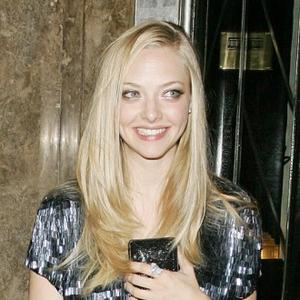 Amanda Seyfried insulted Leonardo Dicaprio by asking him to play her father.

The 24-year-old actress - who is working on new movie 'Red Riding Hood', which is produced by the 35-year-old actor - admits she upset the hunky film star by telling him to "age himself up" and portray her dad in the film.

She said: "Unfortunately he's not in it. I asked him if he would play my dad but he got insulted! He said, 'I don't do male leads in love stories any more'. And I said, 'I wasn't talking about the male leads, I was talking about my dad. You're what, 35? Age yourself up a bit!' "

The pretty actress usually suffers from severe shyness and once completely blanked Harrison Ford when they were stuck in a lift together, because she didn't know what to say.

She explained in an interview with the Daily Mirror newspaper: "I can't connect to fame yet. One day I will - when I get used to it. You know, I was in an elevator with Harrison Ford and in order to respect his privacy, I didn't even look at him, which was really stupid of me. Why not say something like, 'Hey dude, I grew up with you. You're amazing. Nice to meet you'. Why can't I say that? I don't know. I was nervous."