Amanda Seyfried 'would kill to be 20'

Amanda Seyfried admits she ''would kill to be 20'' again and is dreading her 30th birthday in December. 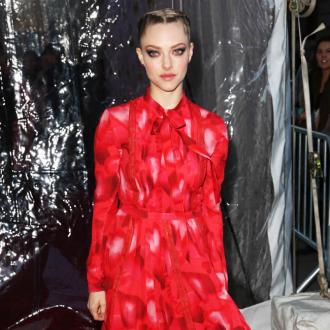 The 'While We're Young' actress, who is set to celebrate her 30th birthday in December, admits she hates getting older.

The blonde beauty said: ''I'm turning 30 and sometimes I think, 'God, where did the last decade go?' I would kill to be 20. Life is short. Every year I think more about my mortality.''

Asked what she hopes for herself at 40, she told E! News at the New York premiere of the new film: ''Time. More time.''

Despite dreading getting older, the 'Les Miserables' star, who is dating Justin Long, revealed last year that she struggled with anxiety and Obsessive Compulsive Disorder [OCD] for much of her teenage years.

She said at the time: ''I feel terrible for the younger me, because I thought I was crazy. Where was the fear coming from? It doesn't make any sense.

''It becomes physical - I would get dizzy and cry and the lights were too bright.

Amanda also admitted that she felt a lot of pressure to look perfect in Hollywood.

She said: ''I'd be lying if I said I wasn't constantly aware of what I'm doing with my body.

''I don't have to look like a supermodel. I don't have to have those abs - the camera doesn't see that. But because we have all been designed to want these things, I'm a victim of this stuff, too.''