Amanda Seyfried will once again join forces with directors Rob Epstein and Jeffrey Friedman, who helmed her film 'Lovelace', in their upcoming movie 'The Girl Who Conned the Ivy League'. 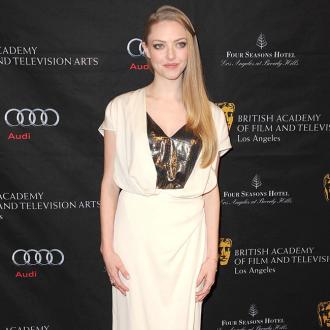 Amanda Seyfried is set to star in 'The Girl Who Conned the Ivy League'.

The 27-year-old actress will once again join forces with directors Rob Epstein and Jeffrey Friedman - who helmed her film 'Lovelace' - in their new drama, Variety reports.

Seyfried, who has been linked to the project for several years, will play con artist Esther Reed in the film, who was convicted on fraud and identity theft after scamming her way into numerous universities across the nation - including Harvard and Columbia.

Esther was caught in February 2008 when Tinley Park Police were searching the area for a gunman and discovered her fake ID during their questioning of local residents.

The film is based on a 2009 same-titled article about the con artist in Rolling Stone magazine, written by Sabrina Rubin Erdely.

McG and Wonderland's Mary Viola are to produce the feature alongside Michael Nardelli, whose company Taggart Prods are financing.

Filming is scheduled to begin later this year.