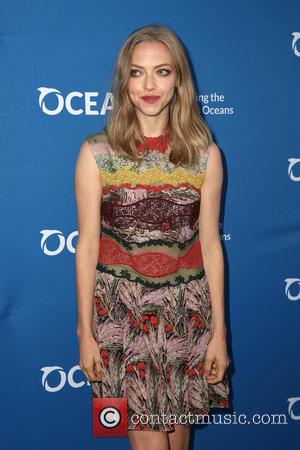 The Mamma Mia! star met the 37-year-old actor in late 2013 and they had been dating ever since. Despite Amanda, 29, gushing about her beau in recent interviews, the romance apparently has not worked out, with the pair deciding to go their separate ways.

"It happened a few weeks ago," an insider tells American magazine Us Weekly. "He's really heartbroken."

It's thought there wasn't a huge event which caused the relationship to fail, rather the pair grew apart. They have both been busy working of late and chiming their schedules together seems to have become a headache too.

Amanda and Justin lived together in a New York City apartment, and at the moment it is unknown whether either of them will continue to reside there.

The pair met via Instagram.com, after the actress put the moves on the He's Just Not That Into You star.

"I followed him on Instagram, and I thought something he said was really funny," she told Vogue magazine in May (15). "It was a beautiful picture of a snail, and the caption said, 'F**king MOOOOOOOOVE.' It made me laugh out loud, so I texted him."

In the same interview she spoke about how right the romance felt, adding that she had retained her own identity even when she was with Justin, which is how she knew it was special. She did hint that her job could take its toll on relationships, saying that the lengthy 12 to 14-hour days make seeing a partner hard.

In July (15), she again hinted that things were sometimes hard in her relationship when she spoke about marriage plans. Although they weren't engaged, Amanda and Justin had spoken about nuptials and she was clear about what she'd want.