Amanda Seyfried has confessed she sought therapy to deal with her anxiety productively after making a drunken appearance on the 'Late Show with David Letterman' in 2012. 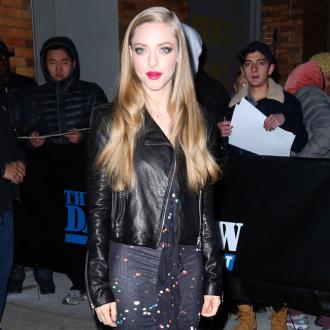 Amanda Seyfried sought therapy after getting drunk before her appearance on the 'Late Show with David Letterman' in 2012.

The 'Mean Girls' actress has revealed she decided to seek counselling after turning to alcohol to calm her nerves before the interview.

She shared: ''It made it fun for me, but then I watched it and was like, 'That is not what I want to promote about myself'.

Amanda - who openly admits she suffers from anxiety - was on the show to promote her movie 'Les Miserables' but confessed she was ''pretty drunk'' after drinking shots of whiskey.

The 29-year-old star - who is dating 'Dodgeball' actor Justin Long - claims the incident made her realise she needed to address her issues in a more productive way.

She told the June issue of Vogue magazine: ''I have a lot of anxiety that I've been struggling with my whole life. So I have been working through it. I'm terrified, but this is exactly what I wanted.''

The blonde beauty is currently starring in a play titled 'The Way We Get By' and admits that while her therapy sessions have helped with her stage fright, she still feels self-conscious.

She explained: ''There's a layer of insecurity that this brings out, of course, but I am trying to throw it away.

''Although I can't, really, because insecurity, a little bit of it, is always important for any actor.