Amanda Seyfried: Sex scenes in Chloe were harder than Lovelace

Amanda Seyfried says the lesbian sex scenes she had to shoot in 2009 thriller 'Chloe' were far more difficult than anything she filmed for 'Lovelace'. 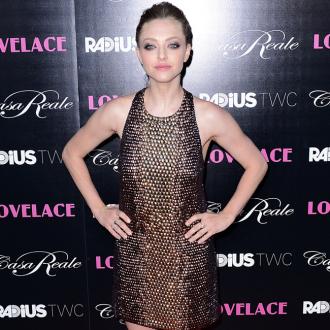 Amanda told Bang Showbiz: ''It wasn't really something I felt that closed about. I did a film called 'Chloe' and that was pretty graphic compared to this. 'Lovelace' really seemed like a piece of cake. I think it's because the scenes in 'Lovelace' I was doing with Peter - I felt really comfortable and I trusted him.''

Sarsgaard previously admitted he also felt ''safe'' while filming intimate scenes with the blonde beauty in the biopic.

The 42-year-old actor said: ''It's always nice to act with someone you know it's going to be safe.''