Amanda Seyfried admits it's a ''bummer'' comparisons have been made between her new movie 'Red Riding Hood' and the 'Twilight' franchise but insists the films are completely different. 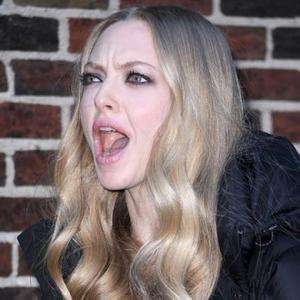 Amanda Seyfried thinks it's a "bummer" people are comparing 'Red Riding Hood' to the 'Twilight' movies.

The 25-year-old actress plays Valerie - a young girl who finds herself involved in a love triangle with two hunky men, one of whom may be wolf - and while Amanda can see why people may think it's similar to the vampire movies starring Robert Pattinson and Kristen Stewart, she insists they're completely different.

Talking about the big screen adaptation of the fairytale - which was directed by Catherine Hardwicke, who helmed the first 'Twilight' movie - Amanda said: "It's a bummer that that's what's happening. Yeah, I mean it does surround a girl coming of age in a love triangle, but that's a lot of movies. The truth is, it's an entirely different story.

"I think audiences are going to be really surprised when they end up seeing this movie because there are so many elements and there's so much going on."

Amanda is confident audiences will enjoy the movie, which she admits is quite scary.

She told MTV.com: "It's a murder mystery as well as a coming-of-age movie, and there's a lot of tension and it's scary. All those elements combine to be thrilling, I think."