Amanda Seyfried Has Joined The Cast Of David Lynch's Twin Peaks Tv Series Reboot, According To A Report. 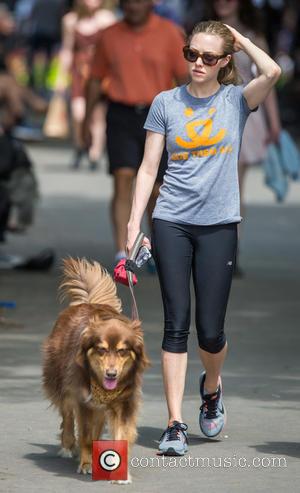 The actress is rumoured to be playing a pivotal new character, the daughter of Kyle MACLachlan's FBI Agent Dale Cooper, in the show, which is set to debut in late 2016 or early 2017, according to TVLine.com.

A spokesperson for the Showtime network, which will air the series, has declined to comment on the casting rumour.

David Nevins, president of Showtime, revealed earlier this year (15) that Lynch is shooting the Twin Peaks revival series as one long movie, and will then edit it down into individual episodes.

Lynch originally dropped out of the series revamp in April (15) over a contract dispute, but he returned in May (15), and announced he would write the script with co-creator Mark Frost.

The cast and crew recently took over the town of North Bend, Washington, which doubled as the fictitious Twin Peaks, to start filming on the new series.