Amanda Seyfried has revealed a ''miniature zebra'' that was given to her by Seth Macfarlane is one of the prized pieces in her taxidermy collection. 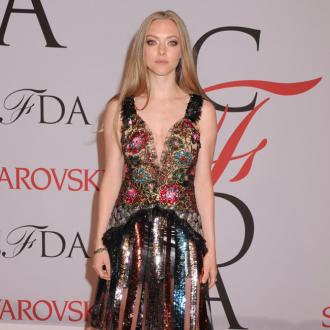 Amanda Seyfried was given a stuffed ''miniature zebra'' as a gift by 'Ted 2' director Seth Macfarlane.

The 29-year-old actress is a taxidermy enthusiast and collects dead animals as a hobby.

One of her favourite animals is the zebra Seth presented her with after she starred in his comedy film about a foul-mouthed living teddy bear.

In an interview with ES Magazine, she said: ''I get a lot of stuff from Deyrolle, the taxidermy store in Paris. Of course I have a stuffed raccoon - who doesn't? I have a miniature zebra Seth MacFarlane bought me, and a baby horse, but that's the biggest I'll go to. They're twice the size of my dog Finn, and they're called Kevin Sparkle and Antoine Woodberry.''

Amanda names all of her preserved animals and a particular favourite is her deer, who she named Sha' Dynasty.

She said: ''On top of that there's an owl called Beatrix, a chick called Linda and a deer called Sha' Dynasty. It's a real menagerie.''

Amanda has many hobbies and has a space in every one of her homes where she can paint and relax.

She revealed: ''In every house I own there's a spot for me to paint. I have a room in Los Angeles that looks straight out on to the trees and that's just perfect. I always paint abstract watercolours, and I only give them to the people I feel closest to ... Most people I follow on Instagram are prolific sellers on the crafts website Etsy. I love people who embroider, knit and work with wool. You name it, I'm into it. I went through a phase of making Little Red Riding Hood bonnets to give to friends, and I've done one for almost everyone I worked with in 'Ted'.''