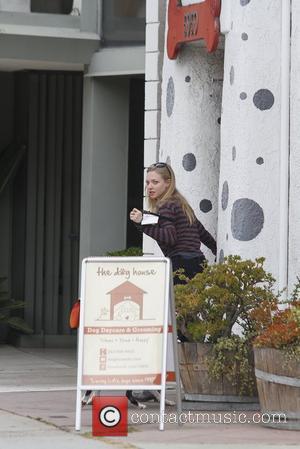 Amanda Seyfried goes brunette! Yesterday, the Hollywood Reporter reproduced the latest poster design for the forthcoming Linda Lovelace biopic, revealing its star Amanda Seyfried, with a new brunette look, for the role. Seyfried, best known for her roles in Dear John and Mamma Mia! has left behind her normally blonde locks for the new look, so that she can play the role of the successful adult movie actress.
According to Hollywood Reporter, the poster "captures the 70s-style allure that helped make Lovelace's skin flick Deepthroat a national phenomenon." What it doesn't do, of course (and what the film most probably does do) is reveal the extent of the "inner turmoil and tortured existence" that Linda suffered at the hands of her husband. Linda Lovelace (real name Linda Boreman) eventually became a women's rights campaigner, which is what gives this movie such a compelling narrative.
Amanda may star alone on the poster, but the film features a host of bigger name stars, such as James Franco (who plays Playboy head Hugh Hefner), Sarah Jessica Parker, Sharon Stone and Hank Azaria. There is also another movie planned, about Lovelace's life, entitled 'Inferno' though it is currently unclear what stage the movie is at. Its rumored star, Malin Akerman, told the Hollywood Reporter "I don't know what's been going on, I don't know why it hasn't gone yet. I would hope and love for it to go, but now this other movie is coming on that Amanda Seyfried did, and I kind of feel like, 'Shit, we should have been on that, we should have done it."