Amanda Seyfried thinks the ''beautiful huge breasts'' she had as a teenager made her more attractive, admitting they shrunk after she moved to Hollywood. 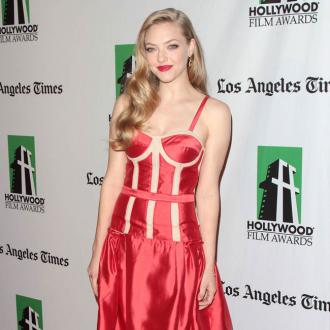 The 'Les Miserables' actress' figure has changed since she was a teenager and she admits being in the limelight is what made her body alter, as her chest has shrunk as she has got more ''fit'' and toned.

Speaking on 'The Ellen Degeneres Show', she said:''I looked way better when I was 15. I had beautiful huge breasts and then I came to Hollywood and I was like, 'I got to lose weight. I got to look thin and fit.' And I lost them a little bit.''

Amanda doesn't miss her sizeable assets but thinks females who have fuller figures should ''appreciate'' their curvaceous shape instead of wishing they could be smaller.

The blonde beauty - who previously dated her 'Mamma Mia!' co-star Dominic Cooper - previously revealed her reduced boobs still made exercise difficult because they ''get in the way''.

She said: ''They do get in the way a lot. Like, I wear a really small, tight sports bra when I go running ... because they want to smack my chin.''