Amanda Seyfried has revealed she didn't hesitate to sign up to play adult film star Linda Lovelace because she was so impressed with the directors and the script. 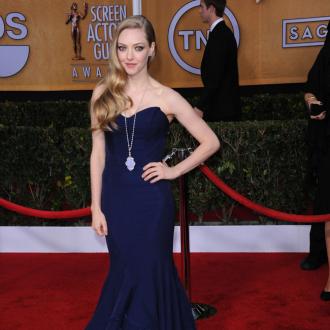 Amanda Seyfried has no qualms about playing an adult film star in 'Lovelace'.

She explained: ''There would have been hesitation had it been some other director. Had it been a poorly-written script I wouldn't have done it. The script was perfect and the directors were already attached and that was all I needed.

''There are a lot of scripts that you can like, but rarely are there directors attached when you're in development with something and that's stressful. I'm looking for a director right now to film a movie that I want to do this summer, and it's really stressful because you can't make the movie until you have one and then you can't even think about casting.''

The film centres around real-life actress Linda who rose to fame in the adult entertainment industry under the influence of her abusive husband and self-declared manager, until she renounced her career and became an activist for exploited women.

Amanda admits she doesn't know exactly who the film will appeal to, but she felt ''safe'' shooting some of the more risqué scenes and believed it was an important story to tell.

She told Collider: ''That was a package that was already put together and after I met them with their whole bag of tricks I was like, 'I feel safe. I feel like this is going to be very quality. I don't know who's going to see it, I don't know what's going to happen when it comes out, but I know I will have an incredible personal experience making this movie'.''