Amanda Seyfried decided to try her hand at being a flight attendant on a recent journey from New York City to Los Angeles by serving cookies to the other travellers and cabin crew. 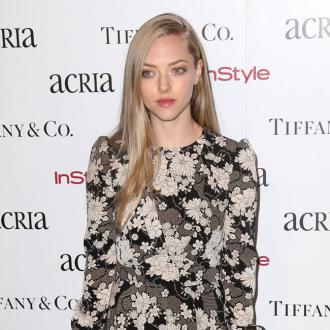 Amanda Seyfried decided to play at being an air stewardess during a recent flight.

On the journey from New York City to Los Angeles, the 29-year-old actress decided to give the American Airlines flight attendants a break and serve them and her fellow travellers cookies in the business class section of the aircraft.

After chatting with a friend, Amanda got up from her seat and took a tray of baked treats to hand out.

The 'Mean Girls' star has been racking up some air miles recently, having filmed an ad campaign in Rome, Italy, as well as attending Paris Fashion Week with her boyfriend Justin Long, sharing her sightseeing snaps on Instagram, including one of her in front of the Eiffel Tower.

Amanda will be based in New York City for the time being, however, as she's preparing to make her stage debut in the two-person Off-Broadway play 'The Way We Get By' at the end of April.

The actress and her co-star Thomas Sadoski play a pair who have a drunken romp after a wedding reception and have to deal with the consequence of their night of passion.