Quote: "I did a play once, where I was naked with an actor and we were outside of New York and so we had a lot of those... kind of blue-haired audiences during matinees... We were both completely naked at the top of Act Two and he was a grower, not a shower... The lights came up... and some lovely old lady yelled out, 'It looks like an acorn!'" Actress Amanda Peet on an embarrassing moment during her 1998 stage run in The Country Club.

Quote: "I felt like I had to tell him because it was too embarrassing for me... so I told him I'm eight weeks pregnant and then I had to straddle him and sort of gyrate on top of him, so it wasn't exactly sexy." Actress Amanda Peet felt anything but sexy during lovemaking scenes with Jason Sudeikis in new movie Sleeping With Other People.

Quote: "I want, like, a Daenerys (Targaryen) outfit. I could take my top off and I'd fit right in except for they look a lot better than I do (sic). I want to be on it so badly and I feel like I can kind of do the accent." Actress Amanda Peet would love to land a cameo in her husband David Benioff's hit Tv drama Game of Thrones after initially telling him the idea for the fantasy show was awful.

Quote: "I thought it was a terrible idea. Terrible. Just silly. Dungeons and dragons but with real people... Now I'm obsessed." Actress Amanda Peet tried to talk her husband David Benioff out of getting involved with the Game of Thrones Tv series.

Quote: "It's different than doing nudity when you're younger and stuff, just because I wish I looked better. But it was really just a joy, honestly. They made me want to work really hard and I loved it... It's sort of like, 'You swallow your pride, you vain idiot!'" Actress Amanda Peet on how she prepared for nude scenes in new U.S. Tv series Togetherness.

Fact: Pregnant actress Amanda Peet has revealed her third child will be a boy. She already has two daughters with her producer husband David Benioff.

Quote: "I'm definitely very tired. I'm 42 and it's my third baby." Pregnant actress Amanda Peet is feeling her age as she prepares to welcome her first son, a little brother for her daughters Molly June, four, and Frances Pen, seven.

Fact: Actress and playwright Amanda Peet is adding children's author to her resume after signing a deal to release her first kids' book. Picture book Dear Santa, Love Rachel Rosenstein, co-created by her friend Andrea Troyer, centres on a young Jewish girl who questions why Father Christmas never visits her home over the winter holidays. The story, which will be published by Random House next year (15), was inspired by Peet's own two kids, who wondered why they didn't have a Christmas tree.

Quote: "I have a fairly realistic idea about what my gifts and limitations are. First of all, if it comes down to Sarah Jessica Parker vs. Amanda Peet? Come on. I'm no dummy. I thought she would probably succeed in the role more fully than I would." Amanda Peet felt Sarah Jessica Parker was best suited for the lead role in her play The Commons of Pensacola. She originally wrote the part for herself.

Quote: "We couldn't choose between Maya June and Molly June. So finally David tore off two little pieces of paper, wrote the names on each paper, and put them behind his back. I chose one of them and it was Maya and then I got really upset..." Actress Amanda Peet and her screenwriter husband David Benioff had a baby naming crisis at the hospital before finally settling on Molly June for their new tot, who was born last month (Apr10).

Fact: Actress Amanda Peet debuted her baby daughter Molly June on U.S. TV on Friday (07May10) during an appearance on The Late Show with David Letterman. The Whole Nine Yards star showed off home video footage of her newborn, who she gave birth to last month (Apr10) - her second child with screenwriter husband David Benioff.

Fact: Amanda Peet returned to the red carpet just a week after giving birth to her daughter, Molly. The actress welcomed her second child on 20 April (10) and just days later, she stepped out for the New York premiere of her new movie PLEASE GIVE on Tuesday (17Apr10).

Quote: "I'm obsessed with Julia Louis-Dreyfus. If she knew how much she was in my household late at night or in the wee hours of the morning, she might be disturbed." Actress Amanda Peet loves watching the Seinfeld star on TV.

Quote: "The best thing about Columbia is the boys. There's a lot of them and they're good ones. I'm jealous because I'm ready to go back there now myself." Amanda Peet is envious of Harry Potter star Emma Watson - who has reportedly enrolled in America's Columbia University.

Quote: "Just when I hit my early 30s, I started to have feelings that there's room for everybody and I don't have to be - nor could I be - Meryl Streep. I can forge my own path and make it interesting for me." Hollywood actress Amanda Peet has stopped trying to compare herself to acting legends.

Quote: "The conditions were absolutely miserable. DAVID (DUCHOVNY) really kept me afloat, singing dirty songs. We'd pick a song and then see who could make up the dirtiest lyrics." Amanda Peet had some help from her THE X-FILES: I WANT TO BELIEVE co-star to beat the cold weather while filming in Vancouver, Canada.

Quote: "We were so excited when our daughter, who's one, started sleeping though the night. It was like rediscovering each other. The better you know someone, the richer your sex life gets." Actress Amanda Peet enjoys her undisturbed evening with her husband.

Quote: "My husband and I were recently watching an episode of Seinfeld where Elaine says, 'You can't have sex in a bathtub, that's impossible'. And we just looked at each other... It's sort of slippery, yes. But fun." Amanda Peet enjoys a more steamy bathing experience with husband David Benioff.

Quote: "I think 'Dada' was her first word. She says, 'Hi Dada, Hi Mama,' and she does sign language so she'll say 'I love you' (in sign language.) When the lights turn green in the car, she'll say, 'Go, go, go!'" Amanda Peet reveals her 18-month-old daughter FRANCES' first words.

Quote: "There are a lot of misconceptions about the dangers of vaccinations... (but) frankly, I feel that parents who don't vaccinate their children are parasites." New mum Amanda Peet blasts parents who refuse to vaccinate their kids against disease.

Fact: Actress Amanda Peet's eight-month-old daughter FRANCES is set for her big public debut as the face of a new Gap campaign. The baby will join mum in the clothing firm's winter ad campaign, wearing a striped Baby Gap one-piece.

Quote: "I just worked with Christopher Walken. It was terrifying." Actress Amanda Peet was nervous around the legendary star on the set of upcoming movie FIVE DOLLARS A DAY.

Quote: "He's listening to Nirvana really loudly all the time, but I don't think I'll be COURTNEY (LOVE). It's never gonna happen." Actress Amanda Peet on living with screenwriter husband David Benioff as he pens the screenplay for new Kurt Cobain biopic HEAVIER THAN HEAVEN.

Quote: "We watch South Park, and David plays with my hair." Amanda Peet reveals how she and fiance David Benioff spend their nights together.

Quote: "I usually try on at least 20 pairs of jeans before I find something I think looks good on me. And even then, I have a trustworthy friend tell me if my butt looks big." Actress Amanda Peet is picky when it comes to finding the perfect pair of jeans.

Quote: "I'm always very touchy-feely." The Whole Nine Yards actress Amanda Peet explaining how she got her nickname, THE BARNACLE.

Quote: <p>"I imagine she could have chemistry with a doormat." Amanda Peet on her Something's Gotta Give co-star Diane Keaton. </p>

Quote: <p>"It's a great role and it's mine to f**k up." Amanda Peet on making her Broadway debut this spring (06) in a revival of Neil Simon's classic comedy BAREFOOT IN THE PARK. </p> 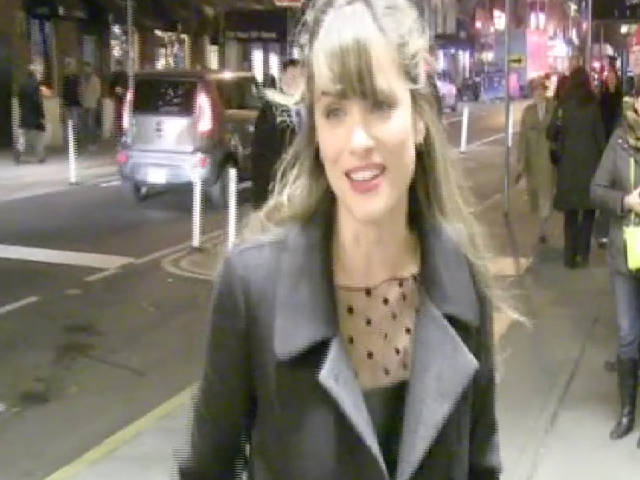 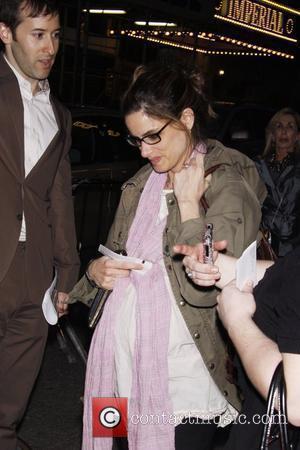