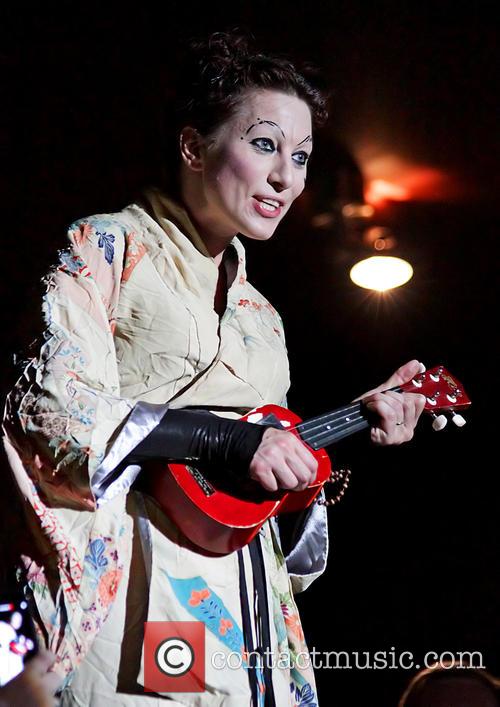 "Two days after David Bowie died I was on the phone with Jherek Bischoff, my bass player and string arranger," she writes in an article for Qthemusic.com. "It went without saying that... We'd need to have a Bowie mourning session... One thing led to another and 20 minutes we were manically embarking on a surprise Bowie tribute... We did the whole project in two weeks...

Amanda admits she faced some resistance over the fan-funded record as it came together so soon after Bowie's passing in January (16), but she insists the project was her way of mourning.

She even clashed with her author husband Neil Gaiman over her plans to record a cover of one of Bowie's later songs, Blackstar, the title track to the album he released just days before his death.

"The light went on when my husband Neil insisted that Blackstar was forbidden... too fresh, he said, it belonged to Bowie. No, I argued... that's the one we have to cover, it's the most fitting goodbye..." she explains. "This project was intimidating. Too Soon? But it wasn't; pulling apart the music to see how it was constructed felt like an act of solemn respect. Jherek said when he tracked the LA string quartet, the players held a moment of silence after every single take. Not too soon; more like a way to cauterize fresh wounds."

She concludes by adding, "We're not letting him go. We're just moving into the tower of song he built for us. Goodbye, Starman."